Home My Admiration in Luck at Belmont

My Admiration in Luck at Belmont

Westbury Park stallion My Admiration added a double to his winner-count during the Belmont season with He’s A Lucky Lad and Jaguar Grey on Wednesday.

They are the latest city winners for My Admiration following Jedi Mind (2), Jag The Joker (2), Native Chimes and Sluice Box.

He’s A Lucky Lad was bred and sold by Westbury Stud’s Phil Ibbotson for $65,000 through the Western Breeders Alliance draft at the 2020 Perth Magic Millions.  He kept a share in a syndicate managed by trainer Adam Durrant and they banked $37,250 including a Westspeed bonus of $19,250 for Wednesday’s victory in the TABtouch Hcp (1300m).

“He’s always shown us a bit and has been going well at home,” stable foreman Jason Miller said.  “He ran a good race first-up but things didn’t work out last time.  We added winkers and that helped him concentrate today.  There’s plenty of improvement in him and he will develop into a nice horse next prep.”

My Admiration sired him from Lucky You (Canny Lad) who is an unraced half-sister to Caulfield Group 1 winner Desert Sky.  Her latest foal is a yearling filly by Patronize.

At the Inglis Digital September (Early) Sale that concluded on Wednesday, Ibbotson bought He’s A Lucky Lad’s 5yo half-sister Belle of Liberty (Patronize) from Durrant Racing (as agent) for $13,000.

Jaguar Grey completed the My Admiration double for trainer Bruce Watkins in the Ascot Racing Carnival Hcp (1200m).  The grey mare was purchased for $35,000 from Namerik Thoroughbreds at the 2018 Perth Magic Millions and has now earned $72,675 for owner Julius Weber.

My Admiration’s 2020 Magic Millions 3YO Trophy winner Cryptic Wonder has been renamed Joyful Master in Hong Kong.  He arrived at Paul O’Sullivan’s Sha Tin stable last month after being primarily based at the Conghua training facility since shipping off-shore this time last year.

My Admiration (Encosta de Lago) is standing at Westbury Park this season for a $4,400 (inc GST) service fee. 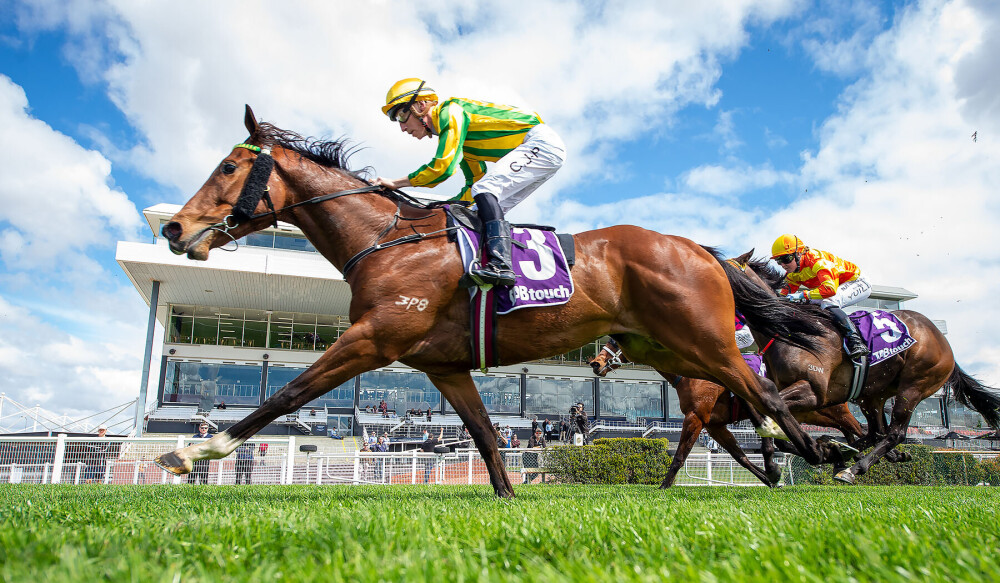