Trade Fair (GB) added another city double to his impressive strike-rate on Saturday with short-priced winners Sassy Trader and Trix Of The Trade.

The former Alwyn Park resident, who passed away in March 2018, has sired the winners of 7 Belmont races since the start of the season.  Sassy Trader and Trix Of The Trade were scoring for the second time this term and his other winners at the winter venue have been Trade War, Karijini Aurora and Overthought.

Overthought was bred at Shalamar Lodge in Wooroloo by Wendy Lang who manages a large syndicate with Muchea trainer Fenella Martin.  She broke her maiden at Pinjarra in May 2019 and there have been subsequent wins at Ascot, Northam (2), Bunbury and at Belmont on a Good 4 last week.

“We’ve had her spot on for the last few runs but she doesn’t like soft tracks,” Fenella’s husband Jeff Martin said after the mare did best in a duel with Decoy Noxious (He’s a Decoy) in the Peninsula Dining Room Hcp (2000m).  “She can be a handful and it’s good to see her win for a great group of owners who have been very patient.”

“She’s tough and her way is the only way – there’s not much give and take,” Lang conceded.  “She’s a six year-old now and will stay in training this season.  She’s going well but I will put her out shortly to take advantage of the spring pastures.”

Overthought is the final thoroughbred foal from She’s My Mak.  A daughter of former Alwyn Park sire Verglas (Ire), she had won a Belmont 3yo trial for Santosa Wirya and trainer Julie Clements but didn’t reproduce that form at the races.  Clements also prepared her first named foal Myake Mak (Trade Fair) to a couple of wins at Bunbury.

“Santosa gave She’s My Mak to me because she was only small,” Lang recalled.  “I put her to a Connemara stallion a year before breeding Overthought.  The Connemara filly is now one of the best mounts at the Zia Park Riding School in Gidgegannup.”

Shalamar Lodge was home to stallions like G3 Belmont Sprinter winner Il Ferarri (NZ) in the 1990s while remaining a leading agistment property in the Perth Hills.

Wendy has no thoughts about taking it easy, especially with Overthought flying the flag for Shalamar.  “All the men in the syndicate are broken-down footballers and most of the women are friends from our old riding days,” Lang laughed.  “Some of them were first-time owners in a filly we bred that was injured and didn’t race so I put them into Overthought after she showed ability early on.

“Winning with friends and friends of friends is what it’s all about.” 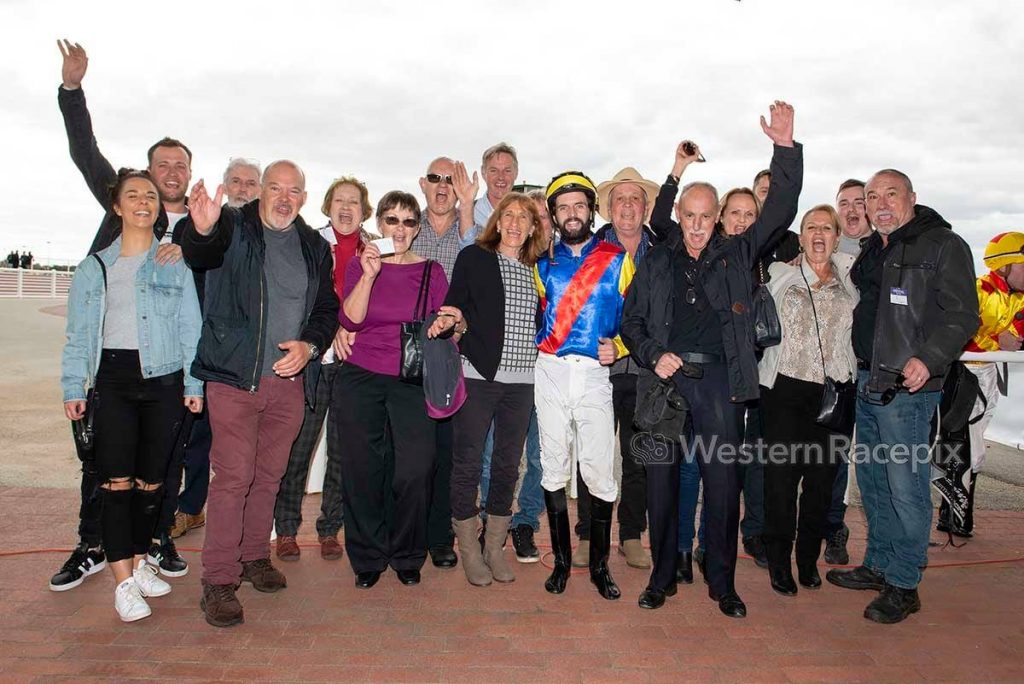