Luke Fernie is building a strong team for his second season based in Perth and he laid the platform when stablemates Iseered Iseered and Spin The Knife filled out the daily-double at Belmont last Saturday.

Spin The Knife was the sub for the second-leg and favourite punters would have been pleased when Willie Pike relaxed on the back of Mood Swings.  The Wizard wheeled off the front-runner’s heels and the Snippetson 3yo duly scored against older horses.

The Furphy Hcp (1000m) was his first start since a fading effort in the G2 Karrakatta Plate (1200m) in April.  “He won a trial here on Monday and that took the edge off him,” Fernie explained.  “Buttering up isn’t an issue.  He loves his tucker and doesn’t over-exert himself at home.

“He’s quite lazy but has ability and I want to teach him to stretch out.  I think 1400m will be right up his alley.”

Scenic Lodge bred and sold him for $55,000 at the 2020 Perth Magic Millions.  “He was one of our more precocious yearlings last year,” General Manager Jeremy Smith recalled.  “He’s a striking chestnut and looked the part during inspections.”

Snippetson’s brilliant 3yo filly Sniparoochy starred at the trials this week winning untouched at Lark Hill on Monday.  She was nursed to the line by Jason Brown for a one-length victory clocking a quick 55:88s over 950m.

Sniparoochy burst out of the blocks to street a Bunbury juvenile last December and franked that form with a follow-up victory at Ascot.  She started a $2.20 favourite for the RL Magic Millions 2YO Classic but sustained a leg injury in running that has kept her sidelined since February.

“That’s a relief.  She couldn’t walk after Pinjarra but didn’t need surgery,” trainer Stephen Miller told The West Australian.  “We’ve taken her along steadily and she should be ready to race again later this month.”

Nicknamed ‘Ferrari’, she cost $67,500 from Scenic Lodge at the 2020 Perth Magic Millions for a syndicate that includes Craig Yeo, Tony Buhagiar, Michael Brennan, Paul Higgins, Neil Pinner and Scenic Lodge founder David Smith.   Her older brother Bubaroochy was the first locally-bred winner by Snippetson when he landed a plunge at Pinjarra in January 2019. 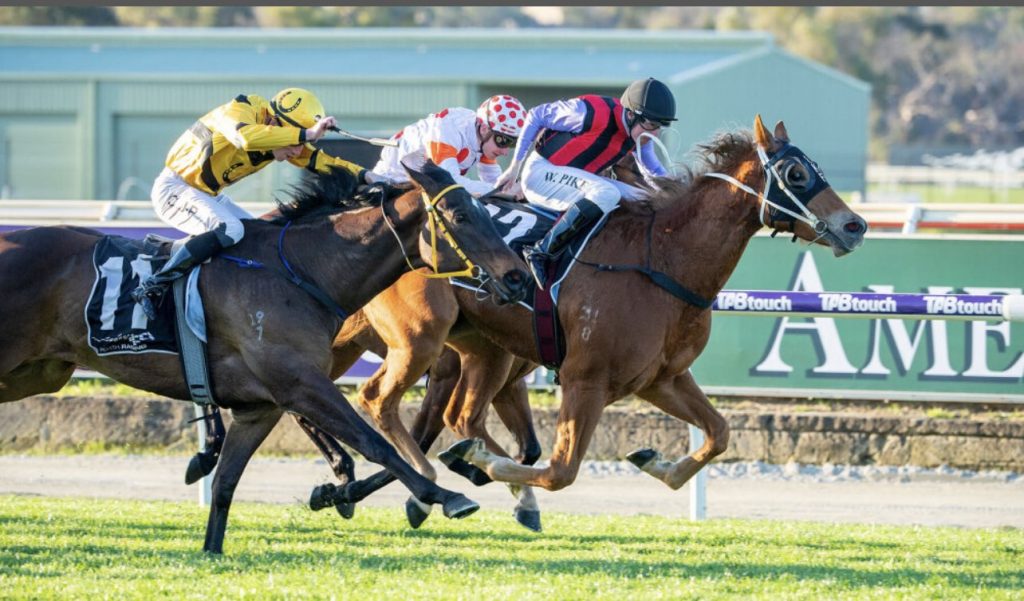