Playing God sprinter Nerodio has been spelled and will miss the summer carnival in a disappointing turn of events for trainer Steph Bakranich and his owner-breeders Livio and Renato Divitini.

A LR Beaufine Stakes (1000m) winner at his penultimate start on July 10, Nerodio signed off in the LR Bolton Sprint (1200m) a fortnight later and, at face value, he disappointed when unplaced behind Amasensus (Time For War) as a hot favourite.

“We had him scoped and they discovered a bladder infection,” Bakranich said.  “He still ran his heart out and wasn’t beaten by a big margin.  He usually comes to hand quickly and galloped fantastic last Saturday morning.

“We were looking forward to the Black Heart Bart Stakes this weekend but he wasn’t his usual self on Tuesday.  He’s a beautiful-natured horse but was angry and was telling me he’s had enough.

“He’s been in work for most of the year so we will pull the pin.  He’s a sound horse and we’ve got his feet right so there’s no reason why he can’t come back for Belmont next year.”

Nerodio (6g Playing God – Black Carat by Lonhro) is lightly-raced for his age winning 9 of his 22 starts for earning over $360,000.  He’s the first foal from Black Carat who won at Albury and Benalla when based at Lindsay Park.

Her second foal Ghobella (Blackfriars) is a three-quarter sister to Neridio and she won at Ascot and Belmont last season.  Their dam’s most recent foals are a Magnus filly and Maschino colt.

Black Carat is a half-sister to Doyoudare (LR WA Tatt’s Cup) and the dam of Playing Marika (Playing God) who is ready to resume.  She has won 8 races and $280,000 for Divitini Racing and will trial next Tuesday ahead of a summer carnival that connections hope will include some black-type targets at Ascot.

Peters Investments unveiled a promising type by Playing God on Monday when Advanced won a Lark Hill trial over 950m.  An unraced 3yo with Grant & Alana Williams, he’s a full-brother to Platoon (LR Cyril Flower Quality) and was a $150,000 graduate from the 2020 Perth Magic Millions. 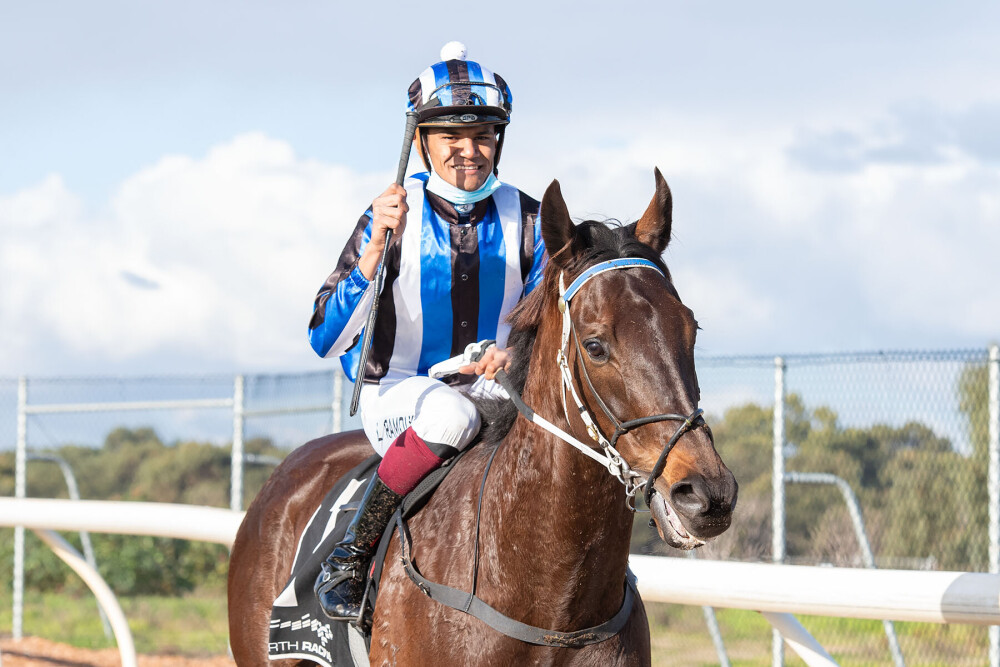