Tiny’N’Tuff had encountered a few twists and turns before breaking her maiden in the Vernice Hcp (1100m) at Toodyay on Sunday.

The Bradbury’s Luck filly starred at the first set of 2yo trials at Lark Hill this time last year, however, she didn’t figure on debut in the Initial Plate at Ascot.  Brought back for an autumn campaign, she led an Ascot juvenile field but faded to last and then knocked up in an all-age maiden at Narrogin.

Catalogued for an online sale by her previous owners in May, she was purchased for $1,000 by dual-licensed trainer Matt Scott in partnership with harness-racing mate Tony Maguire.  “She ran fourth first-up for us at Belmont and had been around the money before Sunday,” Scott said.  “She’s low maintenance and doesn’t have any issues.”

Scott is based at Serpentine and he only takes Tiny’N’Tuff to Lark Hill for the occasional gallop.  “I lead her off the back of a pacer around our sand track and that seems to be working.  She will go again at York next Thursday and we will take it from there.  She’s paid up for Westspeed Platinum.

“It was a good win at Toodyay.  Craig (Staples) couldn’t make the weight so Jade (McNaught) took over.  She ranged up in the straight but the leader kicked so she had to knuckle down to get there.”

Tiny’N’Tuff fits the description of the Bradbury’s Luck filly and she’s the latest of 269 individual winners by her sire at a 67% strike-rate.  Her dam Jobeth (Johannesburg) won twice over a mile at Ascot before claiming the 2012 Albany Cup for Steve Wolfe.

Jobeth is now owned by Great Southern breeder Brian Fuller and she has a 2yo filly by Bradbury’s Luck and yearling filly by Playing God.

Tiny’n’tuff was the second-leg of a treble for Yarradale sires over the Queen’s Birthday long weekend.  Red Fifty Three (Gingerbread Man) completed a hat-trick of his own at Belmont on Saturday and Alien From Mars (War Chant) won for owner-trainer Bob Turrell at Northam on Monday. 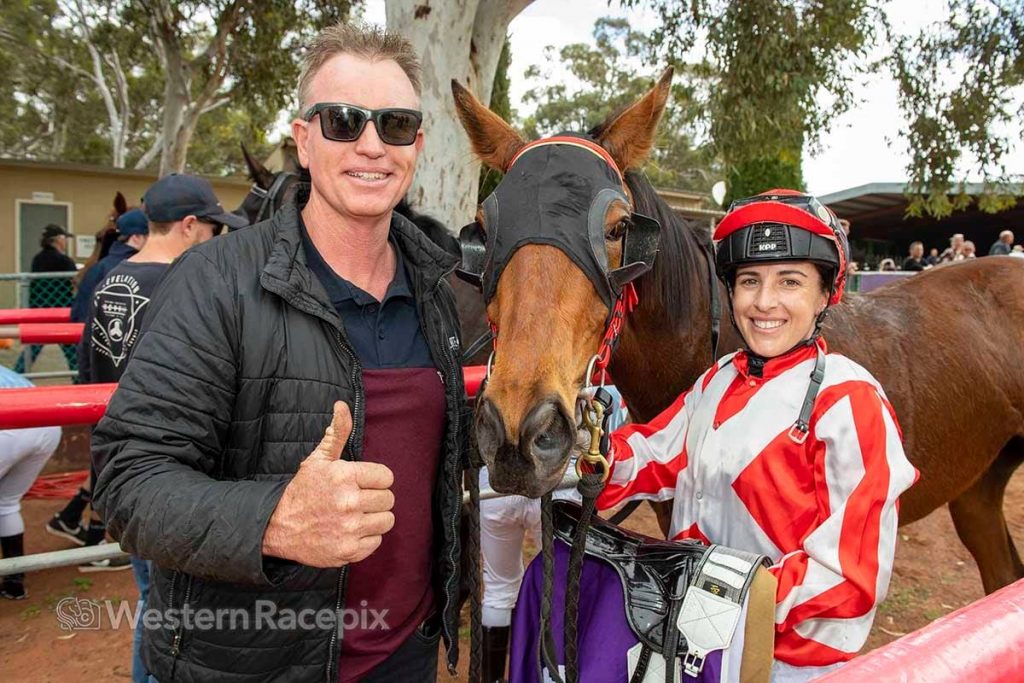