The battled-hardened son of Scenic Lodge sire Universal Ruler overturned a run of outs going back to his first Listed win in the 2019 Carbine Club Stakes.  That said, trainer Sharon Miller was confident of a first-up result on Saturday.

“He’s a happy horse and has come up really well this time in,” Miller explained.  “He had been working well and was always going to get the run of the race from Barrier 1.  I didn’t think he would be that close to the leaders but he seemed to be travelling well within himself.”

Uni Time (6g Universal Ruler – Darntime by Danetime) has won 7 races and earned $470,590 for Hopelands owner-breeders Ian, Michial and Kylie Roberts.  His dam hails from a family introduced to WA by Robert Holmes a Court and her other local winners include Regal Gleam & Beat The Bro (Alfred Nobel) and Time To Trade (Trade Fair).

Darntime foaled a Universal Ruler colt last year and followed up with a filly by the same sire earlier this month.

Yuill had ridden Uni Time for the first time when they finished second to Naughty By Nature in the G3 Strickland Stakes in July.  “He came in without a trial but I was excited at the 600m,” she said.  “I thought we would land three-back on the fence but he lobbed right behind the leader.  When we got out, I didn’t have to test his full potential and it was top run first-up going into the summer carnival.”

Snippetson sired the first-leg of a Scenic Lodge double earlier in the day when Spin The Knife went barrier-to-box in the Free Entry To Belmont Plate (1000m).  He was the second of six winners for champion jockey Willie Pike during the final meeting of the Belmont season.

Spin The Knife (3g Snippetson – Zany Lady by Zeditave) was challenged in front but was good enough to scoot three lengths clear in the straight.  “I’m happy with that win – he did a fantastic job,” trainer Luke Fernie said.  “I want to stretch him out so hopefully we can get him to mellow and slow down out of the gates.  There’s a race for him on the opening day at Ascot in a fortnight.”

Bred and sold by Scenic Lodge from the black-type family of G2 Champion Fillies Stakes winner Mercurial Madam (Is It True), he cost $55,000 at the 2020 Perth Magic Millions.  Zany Lady foaled a Snippetson filly on August 25. 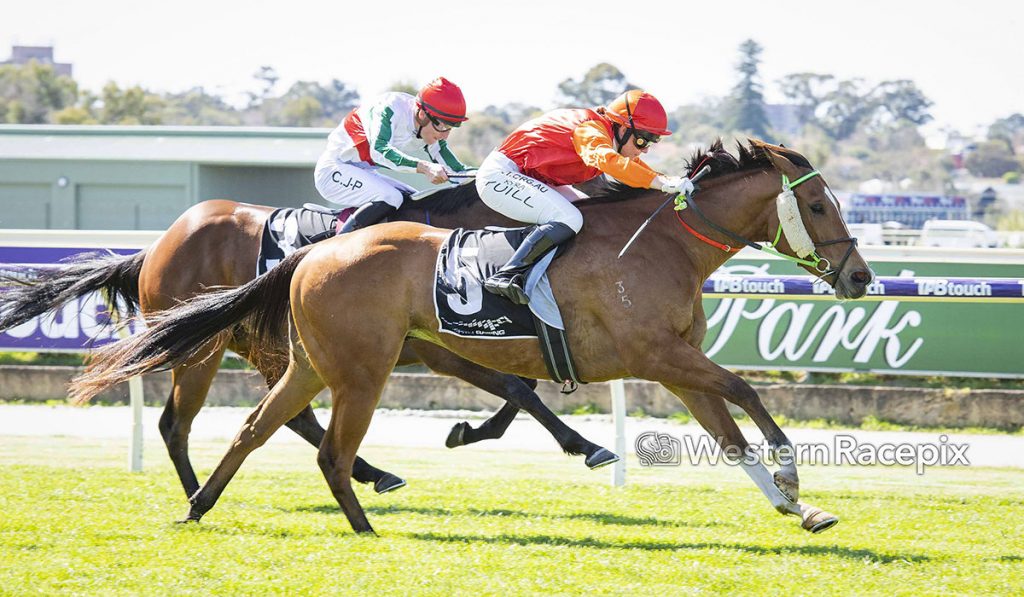