Punters who listened to trainer Simon Miller four weeks ago would have backed Ginger Flyer when the Ascot season commenced on Saturday.

After the Gingerbread Man mare won at Belmont on September 11, Miller said, “I will freshen her up and wait for Ascot because the shorter straight there is more suitable.”

That’s not exactly how it panned out but the result is the only thing that counted in the TABtouch Westspeed Plate (1600m).  Ginger Flyer was pocketed in the straight but got out late to win by a length running away from Brother Paddy (Blackfriars).

“It was a bit of a roller-coaster,” Miller confessed.  “She was in a nice spot so I was a bit nervous when Holly (Watson) handed up the lead.  But Holly is in for a great carnival after recovering from that back injury and the horse is also in for a good prep.”

Ginger Flyer (5m Gingerbread Man – Dubi Dubi Do by Dubai Destination) went out a short-priced favourite and was travelling like one until a gap closed approaching the furlong.  “We were held up and I was a bit worried,” Watson admitted.  “But she has a wicked turn of foot and, when the run came, she let down and hit the line beautifully.”

A homebred for the late Neil Cayley, Ginger Flyer is a full-sister to Perth winner Phanta who won on debut at Ascot last season before a transfer to Gai Waterhouse and Adrian Bott in Sydney.  They descend from G1 VRC Sires’ Produce Stakes winner Not Related (Family Ties).

Ginger Flyer has won 4 times in 15 starts for prizemoney of $101,780 with Westspeed bonuses included and EPONA credits to come. 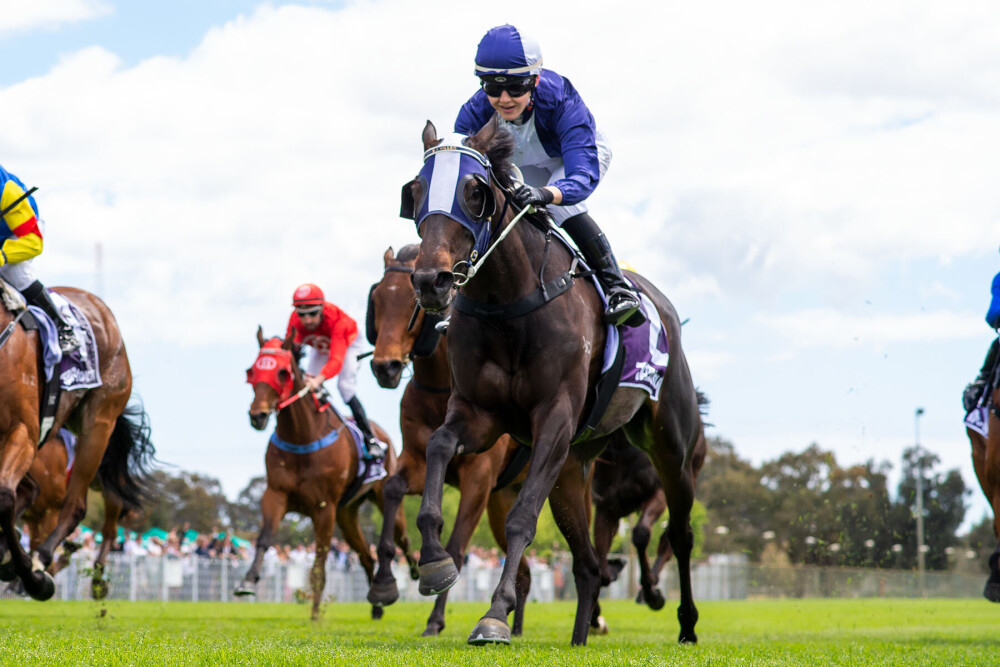