Badge of honour for Two Illicit

The top-class daughter of Roselee Farm stallion Jimmy Choux (NZ) was having her first run since an unsuccessful two-race campaign at the Queensland winter carnival.  She went into the race without a trial but that didn’t matter when she settled beautifully in midfield for rider Michael McNab.

When given more rein in the home straight, she produced an undeniable sprint that carried her past the leaders in three huge bounds before being eased up at the post.

Two Illicit (5m Jimmy Choux – Gemini by Tale Of The Cat) scored by over a length from Times Ticking (Tavistock) and Vigor Winner (Declaration Of War).  “I was confident of the win a long way from home,” McNab admitted.  “I got on the back of every horse I wanted during the run.  They really pumped it on from the 600m and I scooted up the inside and then got every split I needed.

“Mind you, when you have horses that are going that good it does make it easy for you and in the last bit, she was having a good look around.  We all know she’s all class, from a top stable and I was happy to be riding her for them.”

Trainers Roger James and Robert Wellwood were also pleased to see the mare bounce back to winning form after an indifferent four-year-old season.  “If we can keep her right, she is a very talented horse who showed us that as a three-year-old,” Wellwood said.  “It’s just good to see her back in the right order and winning nicely.

“She has just had a few niggles but hopefully we have ironed those out now and we can keep her in this order as we will win some nice races with her.”

Carrying the Trelawney Stud silks, Two Illicit is raced by Brent, Cherry, Faith & Jane Taylor and Scott Malcolm,  A two-time Group 2 winner as a 3yo, she also finished second to Sherwood Forest in the G1 New Zealand Derby (2400m) and has now won 6 of her 14 starts for $443,000 in prizemoney.

Later on Saturday in the South Island, fellow Jimmy Choux 5yo My World made amends for an unlucky last-start loss at Riccarton with a comprehensive victory in the Midlands Nutritional Hcp (1400m) at Ashburton.

Jimmy Choux (Thorn Park) transferred from New Zealand to Roselee Farm in April 2019 and stands with its newcomers Spiritjim (Fr) and Laguna De Bay (NZ).  His first WA-bred yearlings have been entered for the 2022 Perth Magic Millions. 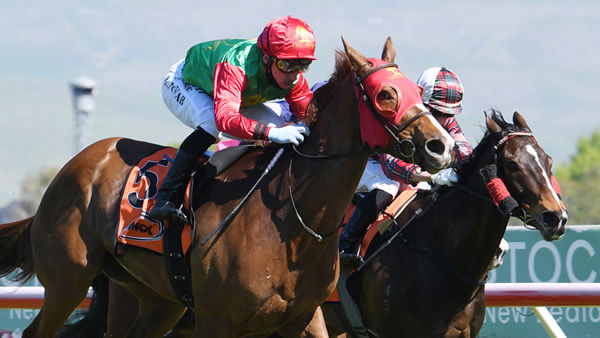