Jumping one of the outsiders at $25, the bold-running 3yo skipped clear off the corner and then defied the late challenge of Peters Investments filly Fine Romance (NZ) who was considered over the line at $1.26.

Buster’s Force (Air Force Blue) was bred and sold by Alwyn Park’s John Andrew for $130,000 at the 2020 Perth Magic Millions.  His dam Timepegi (Time Thief) is a half-sister to Rose Of Choice (LR Jungle Dawn Classic) and the Avon Valley win suggests there are more in store for long-standing stable clients of trainer David Harrison.

Timepegi is currently boarding with Michael Flannery at Springmount in Victoria and is due to Hellbent (I Am Invincible) any day now.  She is booked into Deep Impact’s multiple Group 1 winner Fierce Impact (Jpn) at Leneva Park this season.

Alwyn Park was also in the frame at Kalgoorlie on Saturday albeit one degree of separation from Felicity Forbes-Ives who took centre-stage after False Statement won the Neometals Hcp (1200m).

“I rode my first winner here and he’s my first winner as a trainer so it’s very emotional,” a teary-eyed Forbes-Ives said in front of a big crowd on Cup Day.  “He refused to jump at Belmont last month and going into today I knew he would be a chance as long as he jumped with them.”

False Statement (Star Witness) was bred by Jimmy Anderson who stands Maschino at Alwyn Park.  His dam Motifs (Fusaichi Pegasus) was purchased from a Patinack Farm dispersal and she has a Maschino 2yo colt and Maschino filly foaled in August.

Semigel was an Ascot winner for Lou Luciani last year and he came from last to nail the Boord Constructions Hcp (1100m) for owner-breeder David Reed and trainer Peter Fernie.  His dam Locks (Langfuhr) has a pedigree going back three removes to Mardiarna (NZ)

Andrew bred two minor winners from Mardiarna at the tail-end of her breeding career in the 1990s.  She was a gift from Glen and Kathy Money when they closed Coral Park Stud as a commercial operation not long after the retirement of their champion stallion Beau Sovereign (NZ).

“It was a good win by Semigel and it brought back some wonderful memories,” Andrew recalled earlier this week.  “Mardiarna was getting on when she arrived here and then lived out her retirement years until she was 28.  I also bought two daughters of Polo Jane from Glen and Kathy and Honeymoon.”

Honeymoon (Beau Sovereign) foaled Coal Pak (Haulpak) early in her stud career and he won a G2 Lee-Steere Stakes at Ascot before trainer Keith Jeffreys took him to east for a Group 1 victory in the Oakleigh Plate at Caulfield. 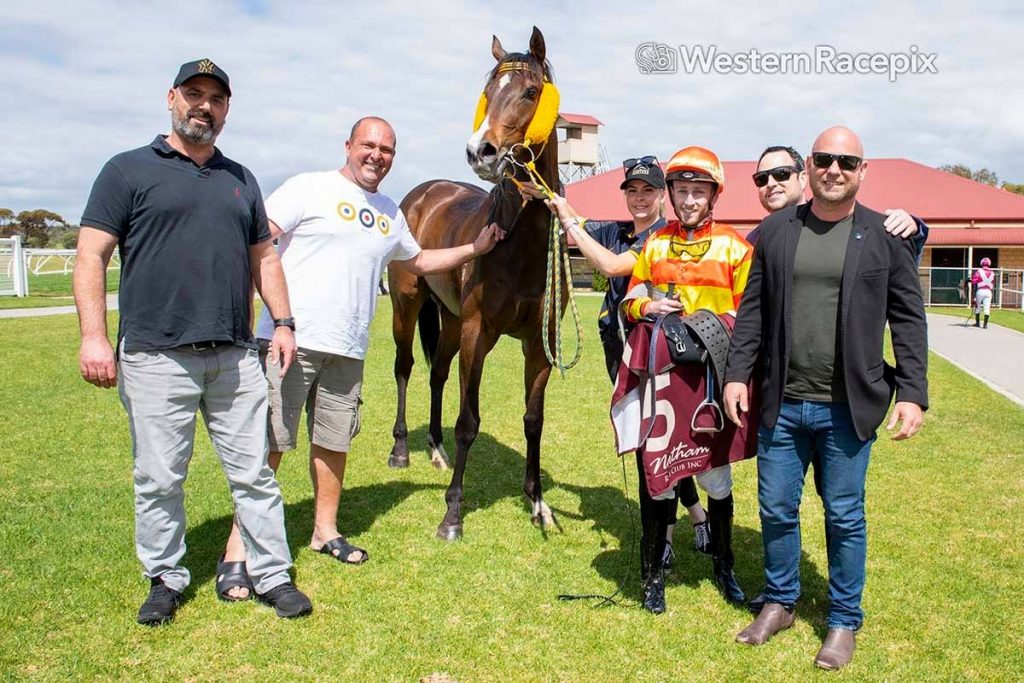