Home Buzzoom or bust at Ascot

Buzzoom or bust at Ascot

A change of tactics was a given when Buzzoom buttered up for her fourth start in five weeks at Ascot yesterday.

Facing just three rivals, the Safeguard filly sat outside the speed in the Wiluna Mining Hcp (1400m) and accelerated off the home turn for a comfortable victory over Green and Shady (Vert de Grece) and Noble Born (Blackfriars).

Better known for doing her best work late, Buzzoom had been runner-up at all three starts since resuming from a winter spell.  She was a beaten favourite in both runs at Belmont in September and then went down to Peters Investments mare Spritely Star at Northam earlier this month.

“Small fields can be tricky so I told Chris (Parnham) to make it up as you go,” trainer Dan Morton said of the win which was hardly a gut-buster.  “She does that sort of work at the track on a Tuesday morning and Chris nailed it today.”

Buzzoom graduated from the 2020 Perth Magic Millions for $80,000 and had broken her maiden at Ascot in April for a syndicate that includes Dan’s father Len Morton and stable clients Enzo Gianotti and Fred Fairthorne jnr.

Parnham claimed it was a soft win.  “She came underneath me at the 1000m and it was only a moderate pace.  I was pretty sure Simon Miller’s horse (Noble Born) would lead and I we just camped off her.  My filly gave a good kick and it was quite easy in the end.”

Forest View Farm owners Ben & Jo Duncan bred her from Xaar Boom (Xaar) who earned black-type when placed in the G3 Champion Fillies Stakes of 2008.  The best of her foals to date has been $300,000 earner Boomtastic (Sessions).  Her yearling filly by Safeguard was withdrawn from this year’s Perth Magic Millions and she foaled a colt by Sessions in August.

Mogumber Park owners Colin Brown and Fiona Lacey stand Safeguard (Exceed And Excel) alongside Rommel (Commands) and both won Champion WA 2YO and First-Season Sires’ premierships.  They are priced at a $4,400 (inc GST) service fee this year.

Safeguard’s winners to runners strike-rate sits above 60% and his Stakes-performers to winners strike-rate is a creditable 13% on the back of black-type gallopers like Specialism, Policiere, Miss West Coast, Janaura and Surveillance.

Hoofnote: Safeguard has a colt from Irish-bred mare Kerimba (Sinndar) entered for the NZB Ready To Run 2YO Sale at Karaka on Thursday, November 18.  Catalogued as Lot 161, he will be first to go under the hammer on Day 2 from Woburn Farm.  Pin-hooked for $75,000 out of the Mogumber Park draft at this year’s Perth Magic Millions Yearling Sale, he is a three-quarter brother to Cathay Lady (LR Gosford Belle of the Turf Stakes). 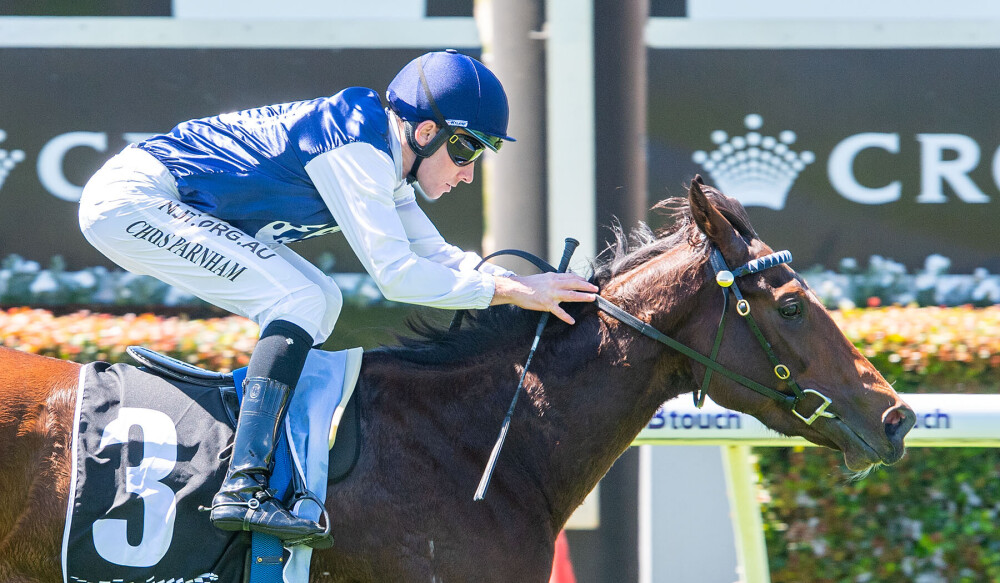