Rejuvenated galloper Regal City has completed a Kalgoorlie double within 48 hours for the in-form team of Peter Fernie and Willie Pike.

Regal City is a son of former Yarradale Stud sire City Place (USA) and was bred by Dallyellup-based Betty Lammie in partnership with Yarradale.  He was a $14,000 buy for Ash Maley at the 2018 Perth Magic Millions and owned a Northam maiden win in a dozen starts before transferring to the Goldfields.

He took over at the top of the straight and defied running down in the CD Dodd Scrap Metal Hcp (2100m) on Thursday before adopting similar tactics in the Fifth Leg Hcp (1760m) on Saturday.

“Peter gets them right and keeps them going,” Pike said after the second-leg.  “I was glad to pick up the ride.  It was a good, sound effort today and he backed up really well off the short turnaround.”

Regal City (5g City Place – Regal Miss by Umatilla) is the penultimate foal from a mare who won races at Northam (2), Pinjarra and Bunbury while being trained by Ben Pearce.  The family traces back to G1 Golden Slipper Stakes winner Marauding.

City Place (Storm Cat) stood at Yarradale between 2014 and 2017.  Fernie has won 8 races with his stock including City Invasion who broke his maiden carrying Yarradale’s colours in Kalgoorlie last month. 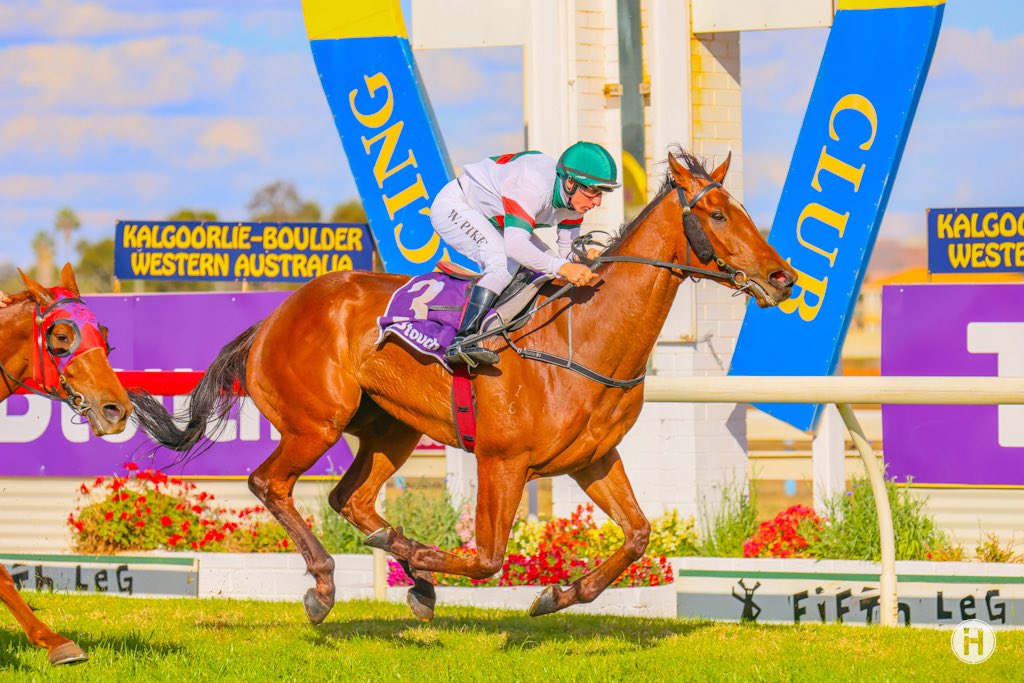