Home Patronize in Vogue at Northam

Patronize in Vogue at Northam

Vogue’s Choice is an obvious choice to make the grade at Ascot after a resolute first-up victory at Northam on Sunday.

The Patronize filly settled well off the speed for Stephen Parnham and was still giving Dance Session (Sessions) a decent start into the straight.  She ducked in when given a tap down the off-hindquarter but responded when straightened to score a half-length victory.

Vogue’s Choice (3f Patronize – Elegancy by Umatilla) had been placed on debut at Belmont in June and attracted support as a $2.60 second-favourite in the AFGRI Equipment Maiden (1000m).

“She’s an exciting filly and we knew she was a good chance to prove it today,” trainer Hayden Ballantyne said.  “She was in ripping condition and what made it even more special was her little fan club being here to celebrate.”

Ballantyne prepares the winner for a syndicate managed by his wife Alyssa who was on course with their two daughters.

Vogue’s Choice was bred and sold by Queenslea Park’s Alan Morton for $42,000 at the 2020 Perth Magic Millions.  She was purchased by John Chalmers (as agent) and has paid back $30,000 of that price-tag with the addition of a $13,000 bonus from Westspeed Platinum.

Her dam Elegancy was bred by Peters Investments to win a Narrogin maiden in a career limited to three starts.  Her most recent cover was a second serve by Patronize last October.

Patronize starts the Ascot season this Saturday with the David Harrison-trained winning chances Pat’s Got Sass (3YO Classic) and Power Of St George (Graduation Hcp). 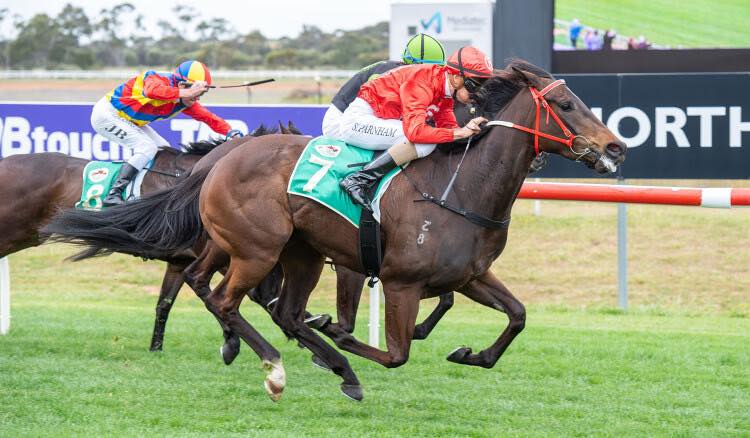