Gold Front stallion Awesome Rock sired his first Stakes winner at Ascot on Saturday with Searchin’ Roc’s before backing it up with a good result at the Inglis Ready2Race Sale in Sydney on Tuesday.

Searchin’ Roc’s was racing first-up since an impressive hat-trick at Belmont in June – July and she went to another level in the LR Belgravia Stakes (1200m).  There were no excuses for the beaten brigade after she collared It’sarayday (Winning Rupert) to score by more than a length.

“I didn’t know how the winter form would line up but I did know she had come on in leaps and bounds,” trainer David Harrison said.  “She was a skinny little thing but has developed and has been working really well at home.

“There’s plenty of upside.  I think she’s a chance in the (G3) Champion Fillies.”

The Belgravia Stakes was one of five wins for Chris Parnham on Saturday.  “It was my first ride on the filly and I was confident in running,” he recounted.  “We were in a good position and she travelled nicely.  I was aware it was a strong field but she was very strong through the line.”

Searchin’ Roc’s is a homebred for Serpentine owners Rob and Heather Grant and is the first of the fairer sex among Harrison’s four Belgravia winners following McFlirt (1997), Waratah’s Secret (2009) and Jericho Missile (2019).

She’s the only foal to race out of Still Searchin’ (Trade Fair) who was bred by the late Alan Young at Kintore Stud in Serpentine.  The family goes all the way back to blue-hen mare Denise’s Joy (Seventh Hussar).

Awesome Rock (Fastnet Rock) sired Searchin’ Roc’s from his first crop at Gold Front Thoroughbreds and, as expected, they are beginning to make a mark as three year-olds.  He stands at the Breera stud for $5,000 alongside Leonardo Da Hinchi ($3,000).  Fees (inc GST).

On Tuesday, an Awesome Rock – Silk Shantung colt pin-hooked at the Perth Magic Millions in February sold for $70,000 at the Inglis Ready2Race Sale.  He was bred by Gervase Park and is a half-brother to Time To Test (LR Port Adelaide Cup).  The bay colt retains a WA connection after being purchased by Belhus Racing and John Price Bloodstock. 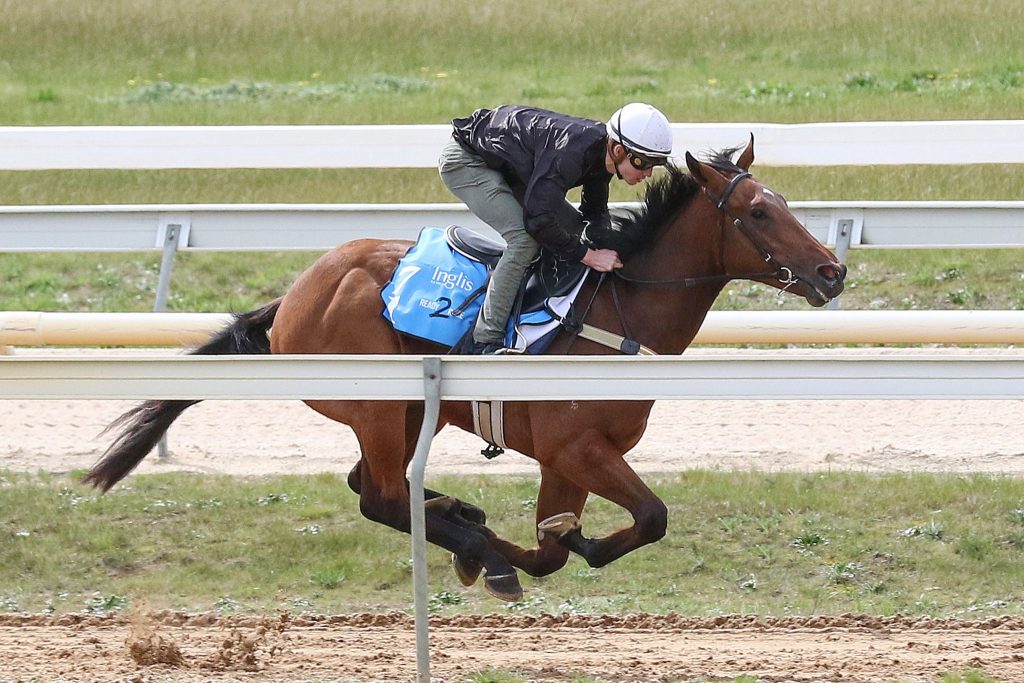 Awesome Rock colt breezes in 11.11s at Seymour before the Ready2Race Sale