Lindsey Smith won a Victoria Derby with Plastered in 2004 and he can claim the Group 1 classic for a second time with Far Too Strong at Flemington on October 30.

Far Too Strong won an Ascot nursery in April and went for a spell following a creditable fifth in the WA Sires’ Produce Stakes Gr.3.  He resumed at Belmont with an ultra-impressive victory in the Amelia Park Plate (1600m) on September 18 ahead of a start in the Ladies Day Cup (1600m) at Northam this Sunday.

Smith trains Far Too Strong for Greenfields Stud owner Tony Patrizi.  The Capel property is the oldest commercial stud operating in WA going back to the 1920s when legendary horseman Rowley Roberts began prepping yearlings for the Perth Sale.

“The grand plan is the Victorian Derby,” Greenfields manager Lachlan Donnelly said this week.  “Lindsey bought him out of a paddock at Makybe!  We thought he would be underdone first-up but he was very strong through the line.  He’s still raw so it was a super win.”

Paul Harvey, who piloted Plastered (Laranto) at Flemington, was riding Far Too Strong for the first time at Belmont.  “It took him a while to wind up and he will only keep improving.  He feels like an out-and-out stayer so let’s see what happens when the penny drops.”

Patrizi’s 2021 Perth Magic Millions consignment was sold under his Misty Valley Thoroughbreds banner and averaged $50,688 at a 100% clearance rate.  Lindsay Smith bought a Snippetson filly for $60,000 and Greenfields also sold a Manhattan Rain colt from All Too Hard mare Crushed.  The latter is named Man Crush and he’s with trainer Peter Fernie after being knocked down for $45,000. 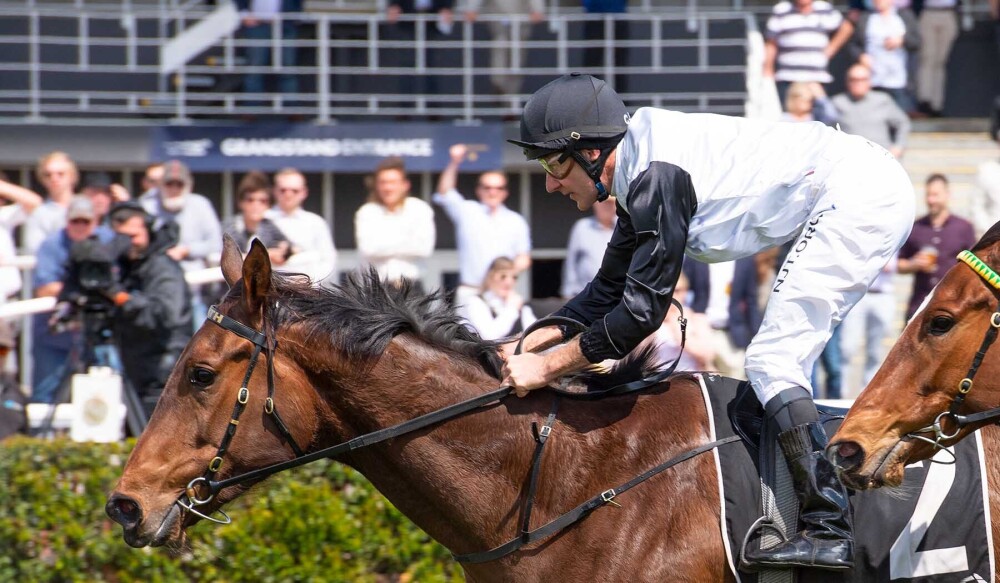