War Chant (USA) mare Dance Music is poised to join her sire’s millionaires’ club after winning a battle of attrition in the G3 Northerly Stakes (1400m) at Ascot on Saturday.

Dance Music and Massimo (Sessions) staged a two-horse war in a fitting renewal of the event that honours WA’s ‘Fighting Tiger’.  “I loved Northerly and it’s a race I really wanted to win,” trainer Simon Miller said.  “This mare is a ripper.  As she’s got older she wants it further and that makes it a lot easier.”

The Northerly speed-map predicted Dance Music would lead first-up after a spell but winning jockey Brad Parnham was happy to take sit behind Massimo.  “We got a good cart into the race,” Parnham told the West Australian Newspaper.  “I thought she could have put him away easier but, in the end, it was still a good effort.”

Dance Music (6m War Chant – Fast Flowing by Dubawi) is raced by owner-breeder Neven Botica in partnership with Hollymount Stud’s Matthew Sandblom.  Her overall record now stands at 12 wins and 11 placings in 28 starts for prizemoney of $981,695 including Westspeed bonuses of $162,000.

That puts her in third place among War Chant’s Australian progeny behind Silent Sedition ($1.17 million) and Dainty Tess ($1.09 million).

War Chant’s Kentucky-bred warhorse Chamberlain Bridge tops his global count with earnings of US$1.95 million after 19 wins in 53 starts topped by a Breeders’ Cup Turf Sprint at Churchill Downs.

Dance Music’s connections have kept their summer carnival options open with Group 1 nominations for all three $1 million features at Ascot.  The Railway Stakes (1600m) would appear the most likely route and she is currently quoted at $26 by Ladbrokes. 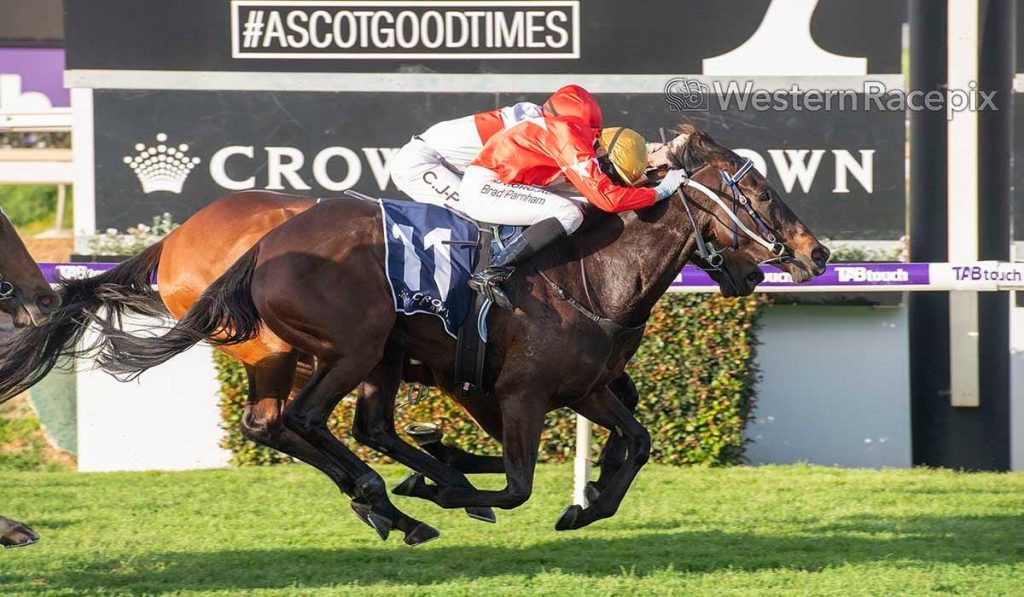