Another Playing God treble in Perth

Darling View Thoroughbreds stallion Playing God sired a treble at Ascot on Saturday and it comes as no surprise to learn two of those winners were trained by Neville Parnham and Steph Bakranich.

Success Play (3g Playing God – Hot Business by Zedrich) opened the meeting with an odds-on victory for Parnham in the Seacorp Hcp (1600m).  The champion conditioner has now prepared 13 individual winners of 34 races by Playing God and the average prizemoney per starter is over $100,000.

Playing Marika (6m Playing God – Just Marika by Grandera) completed the treble after being backed from $17 into $10 for the Mumm Champagne Hcp (1600m).  Bakranich has a sensational strike-rate with Playing God training 2 winners of 18 races at an average prizemoney per starter of $309,140.

Parnham prepared Playing God for dual victories in the G1 Kingston Town Classic and he suggested a possible black-type target for Success Play next Saturday.  “We will see how he recovers before making a decision whether to back up in the (LR) Fairetha Stakes.  He always shown promise but has been his own worst enemy.  He used to hang badly and stargazed today but he’s learning all the time.”

Success Play was a $57,500 buy from Mungrup Stud at the 2020 Perth Magic Millions.  Saturday’s win was a family affair with Chris Parnham aboard for part-owners Joan and Carol Parnham.

Playing Marika was always travelling like a winner for punters who backed her to win for the fourth time off a seven-day turnaround.  “We’ve never had any issues with her soundness,” Bakranich revealed.  “And I absolutely love it when I see at suitable race for her off a quick back-up.

A homebred for Livio and Renato Divitini, she has won 9 races for $322,415 in prizemoney including $61,000 in Westspeed bonuses.  And she was one of the first mares to exceed maximum EPONA credits of $10,000.

Bakranich also trains Playing God’s 9-time winner Nerodio for Divitini Racing and he will resume in the New Year after being sidelined with a bladder infection.

Hoofnote:  Lindsey Smith trained the middle-leg of Playing God’s latest city treble when Willie Pike speared God Has Chosen to a comfortable victory in the Crown Perth Hcp (1400m).  Part-owner and trainer Neil Lee sent him to Smith on the strength of an Albany double in January. 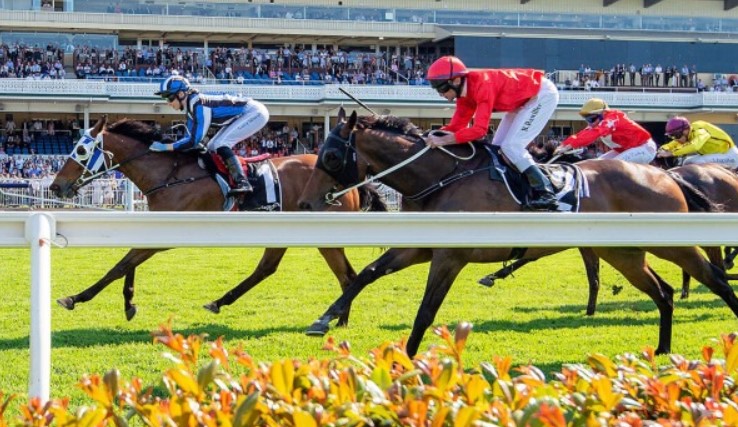