After spotting front-runner Mostly Sunny (Akeed Mofeed) eight lengths into the straight, the big gelding speared through gaps to grab a narrow victory over Toorak Playboy (Toorak Toff).  “He stepped a bit slow but travelled comfortably,” Mott reported.  “The outside section was off tonight so I stayed inside and peeled off heels at the furlong.  He really wanted to win and was too good.”

Brasada recovered from tendon injuries to win at Bendigo in April and had run five placings since then for trainers Leon and Troy Corstens.  “He always tries his best and it was a fantastic ride by Jamie,” stable spokesman Bruce Clark said.  “He’s been in work a long time and it’s a great result for the owners and our team.”

All American mare Too Spicy broke through for her new connections in the McDonald’s Hcp (1400m) at Dubbo on Melbourne Cup Day.  Starting a short-priced favourite, she scored by more than two lengths under Anthony Cavallo.

“We expected that,” trainer Roy McCabe said.  “I thought she would run a very solid race after finishing off strongly last time at Bathurst.”

Too Spicy had won an early-season nursery at Ascot in October 2019 and her dam Arctic Aura (Pitleco) foaled an All American colt in August for Geisel Park manager Conor Dunlop. 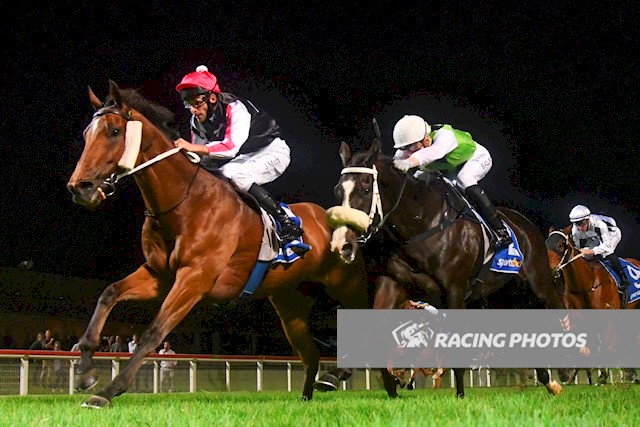