TBWA breeder Graham Daws claimed an international double with Temptacion (All Too Hard) and Sight Success (Magnus) last weekend and he’s hoping for more of the same when Kissonallforcheeks (Written Tycoon) returns for redemption at Ascot on Saturday week.

Dawson Stud’s popular owner has a stake in Temptacion and she responded to a superb tactical ride by Chris Parnham to land the Byron Bay Lager Hcp (1800m) on Saturday.  Trainer Dan Morton has summer carnival options for her in races like the G2 Perth Cup (2400m) and G3 La Trice Classic (1800m) on New Year’s Day.

“She grows an extra leg at Ascot and getting up to 1800m was also a factor today,” stable foreman Vince Collica said.  “She doesn’t go with any moisture in the ground and her first two runs this prep were on a Soft 6 at Belmont.  She was absolutely on her game today and Dan has the Perth Cup in mind.”

Temptacion was sold by Vinery Stud (as agent) for $300,000 at the 2019 Gold Coast Magic Millions to a syndicate managed by Nineteenth Hole Racing’s Kerry O’Meara.  She earned black-type during an autumn prep when placed in the G3 WA Oaks (2400m) and G2 WATC Derby (2400m) getting within a length of Western Empire in the latter before going out for a winter break.

Daws bred Sight Success and the Aussie expat scored a sizzling front-running victory in the Guangzhou Hcp (1000m) in Hong Kong on Sunday.  Trainer John Size really rates the gelding and that was confirmed when he clocked a Class 2 record of 56.25s at Happy Valley.

Sight Success is the fourth winner from as many to race for Dawson Stud’s Moonee Valley-winning mare Tarp (Bletchley Park).  He was a $45,000 buy for Hong Kong-based Price Bloodstock at the 2018 Perth Magic Millions and the latest win sent his earnings to the equivalent of AUD721,000 for owner Tam Wing Kun.

Jockey Vagner Borges believes Sight Success is poised for a successful rise to Class 1 company carrying Dawson’s 3DW brand.  “We had a good jump and he’s got speed so I always wanted to be in the first three to see how things panned out.  He’s still improving and can go up in class, for sure.”

Tarp has a yearling colt by Jimmy Choux (NZ) and she foaled a Long Leaf colt on Black Heart Bart Stakes day in September.

Temptacion’s stablemate Kissonallforcheeks disappointed in the G3 Asian Beau Stakes (1400m) at Ascot on Saturday but Morton is confident she can return to winning form in the G3 R J Peters Stakes (1500m) on November 13.

“She’s not an easy ride when she can’t get cover,” he told TABradio.  “Clint (Johnston-Porter) elected to roll forward and the damage was done but it wasn’t all his fault.”

Rosie Rocket’s 3yo filly Star Of Rosie (Star Witness) will make her debut for Daws and Vicki Durrant in the Western Racepix Maiden Hcp (1200m) at York this Sunday. 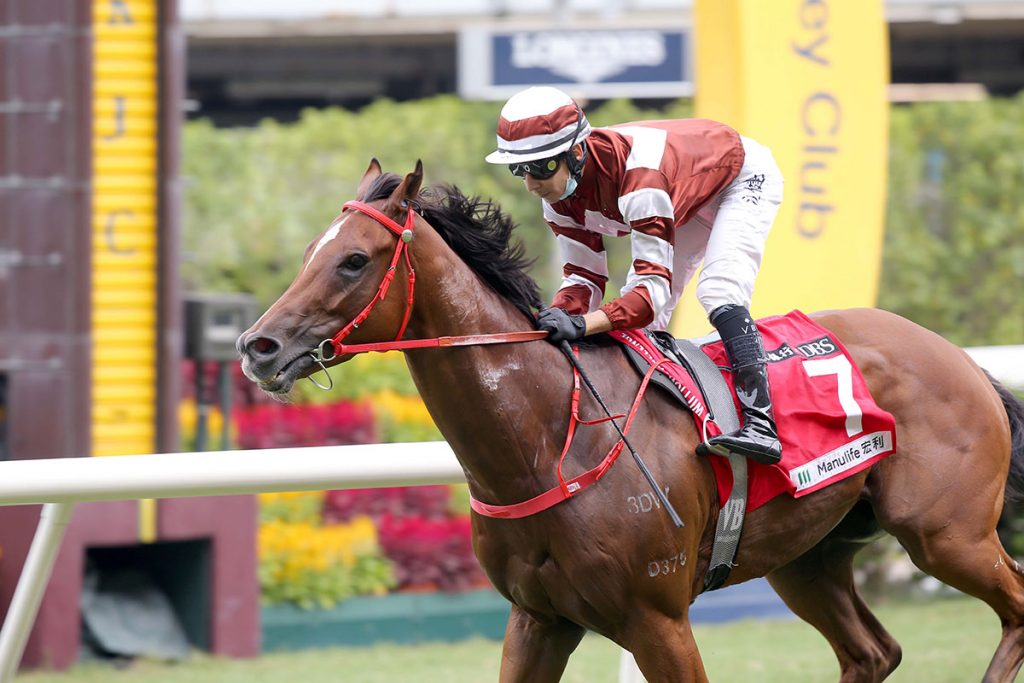