Secret View Thoroughbreds graduate Heavenly Waters is back in the good books with trainer Roy Rogers after a Belmont win on Thursday.

A proven black-type performer last season, she was a class above midweek company in the Schweppes Hcp (1000m) with new stable apprentice Maddy Cornick aboard for the first time.  They jumped to a clear lead and let down for a winning three-length margin at the top of the straight.

“Accidents can occur in a split-second and that’s what happened with Heavenly Waters last week,” Rogers winced while cradling a broken arm.  “When I was leading her to the walker, she kicked out and my right arm caught the full brunt.  They put it in a cast and I was called back to the hospital later to have it stabilised with a plate and screws.”

Heavenly Waters (3f Headwater – Serafina by Snitzel) graduated from Secret View’s draft to the 2020 Perth Magic Millions.  Her dam is a daughter of NZ-bred Mythical Play (Defensive Play) who was a multiple Group 1 winner in South Africa.

Rogers produced Heavenly Waters to win the Crystal Slipper Stakes (1100m) on debut at Ascot last November and she followed up with a close second to Ex Sport Man in the Magic Millions WA 2YO Classic RL at Pinjarra.

Staying in work for an extended autumn campaign, she finished sixth in the Gimcrack Stakes Gr.3 and fifth in the Karrakatta Plate Gr.2.  “She was only 430kg when I brought her into work last season,” Rogers recalled.  “But she’s tough and she’s got a motor.”

Heavenly Waters is the latest winner offered by Secret View at the 2020 Magic Millions.  The Elleker nursery is operated by Tony and Di Marwick in the Great Southern and its other winners include stablemates Beads and Let’sdeal plus Butterfly House.

Beads (Star Turn) won at Belmont in June and is gearing up for a summer campaign with trainer Steve Wolfe.  “He’s an exciting horse,” Wolfe said.   “He’s improving all the time and is really putting it all together.”

The Marwicks had purchased Beads as a foal from Torryburn Stud for $62,500 at the 2019 Magic Millions National Sale.  His dam Sopraffina (Exceed And Excel) is a winning half-sister to Green Roller (LR Strutt Stakes LR) and the dam of Ugo Foscolo (G1 NZ 2000 Guineas).

Let’sdeal (Dundeel) won on debut at Northam and followed up with a second to Red Fifty Three at Belmont in September.       He cost $12,000 as a foal from Bhima Thoroughbreds and is from USA-bred dam Tranquility Cove (Rock Hard Ten).  Her half-brother Free Judgement (Vindication) was a Group 3 winner at The Curragh prior to a Hong Kong move where he won five races for trainer Sean Woods.

Butterfly House (The Last Lion) also won at the first time of asking at Northam last month and then just failed to collar Famous journey as an odds-on favourite a fortnight later in the Avon Valley.

The Greg Cave-trained filly is one of only three named foals from the sole Australian crop by former Darley shuttler The Last Lion (Choisir).  An Irish-bred Group 1 winner of the 2016 Middle Park Stakes, he was taken out of service due to fertility issues and failed again when racing first-up as a 7yo gelding in the LR Golden Rose Stakes (1200m) at Lingfield on Saturday.

The Marwicks bred Butterfly House from New Vogue (Dane Shadow) who won a half-dozen races in NSW.  They also sold her Snippetson yearling colt to trainer Robert Gulberti for $27,500 at the 2021 Inglis Digital February (Early) Sale. 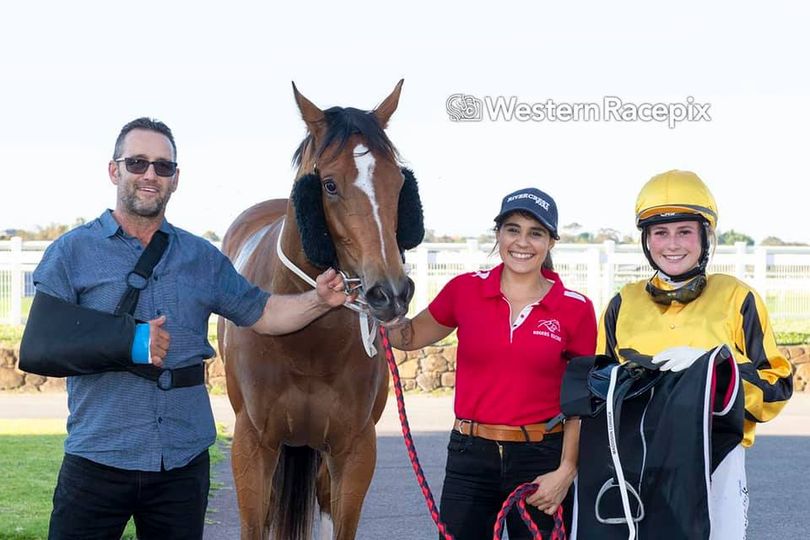