Ima Single Man put the seal on another winning week for Yarradale Stud sire Gingerbread Man with a victory against the odds in the Cyber Colors Hcp (1400m) at Sha Tin on Sunday.

The Tony Cruz-trained 4yo defeated Blaze Warrior (Sebring) despite settling three-wide without cover in transit.  The runner-up was coming off a winning hat-trick but was no match for the winner who stayed on strongly for leading jockey Karis Teeton.

He has now earned the equivalent of AUD491,750 for owner Fion Luk Sin Fong.

His dam Single Spice (Not A Single Doubt) won the LR Supremacy Stakes in 2011 and she followed up with Mr Metrics, a 3yo gelding by City Place (USA) who is owned by Hong Kong-based agent David Price.

Her latest foals are a 2yo filly by Gingerbread Man (Shamardal) and a filly born last month by Godolphin’s Irish-bred sire Blue Point (Shamardal).

Gingerbread Man’s Adelaide-based mare Tommy Blue won for the second time at Morphettville this season in the Locali By Romeo’s Hcp (1250m) on Saturday.  She had won at Ascot for trainer Simon Miller before changing hands for $50,000 at the 2021 Inglis April (Late) Digital Sale.

Now trained by Gary Searle at Gawler, she has already earned $65,000 for stable client Peter Hill.  “She drew well to find the front and ran a strong race,” Searle said.  “It was a gutsy win and it was a great ride by Gary Lo.”

Tommy Blue originally sold for $20,000 through Mogumber Park (as agent) at the 2018 Perth Magic Millions.  Her dam Toss The Boss (Tobougg) foaled another Gingerbread Man filly for breeder Vicki Cayley on October 4.

Miller and the Cayley family had combined to win with another Gingerbread Man the previous Saturday at Ascot.  Their mare Ginger Flyer shouldered 60.5kg, less a claim for Holly Watson, for a fighting victory in the Glenroy Chaff Hcp (1400m).

“I told Holly to ride her own race and she showed poise and patience particularly when there was a bit of jostling early in the race,” Miller said.  “It’s a luxury having her claim 3kg.” 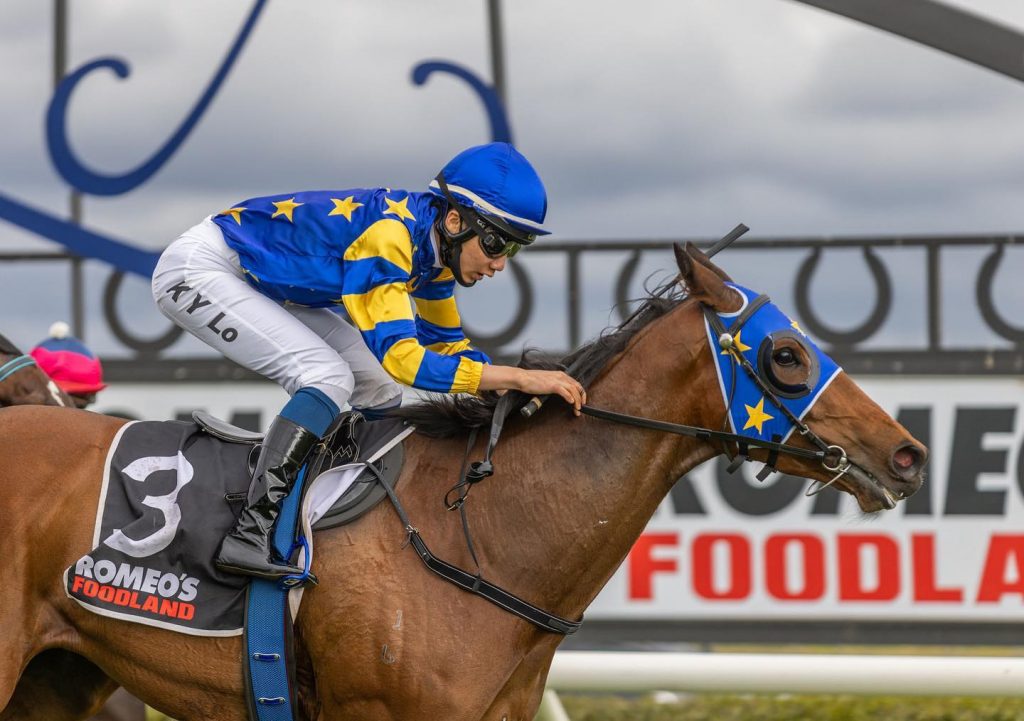