Let’s Galahvant a ‘Dude’ by Galah

Pearce Racing produced a talented 3yo in town on Thursday when Let’s Galahvant was successful in the Mrs Mac’s Maiden (1300m) at Belmont.

Let’s Galahvant was bred and sold by Rangeview Stud and is by its former sire Galah.  He was facing the starter for just the second time following a debut fourth to subsequent Saturday city winner Lady Is A Vamp at Northam last month.

“He appears to have plenty of upside and is a real dude,” co-trainer Ben Pearce said.  “He was purchased for only $10k at last year’s Perth Magic Millions and has his fair share of ability so hopefully he can prove to be a bargain buy!

“It was a gun ride by Joey Azzopardi landing one-out and one-back.  He travelled into the race strongly before kicking clear to score a decisive win.”

Galah (Redoute’s Choice) was a brilliant juvenile winner at Rosehill for Darley trainer Peter Snowden and returned the following spring for black-type victories at Caulfield and Flemington.  He trained on at four to claim the G2 QTC Cup (1300m) at Eagle Farm before retiring to Rangeview where he stood from 2014 until 2020.

“Galah was sold at our July Sale,” Inglis Digital Business Manager Nick Melmeth reported recently.  “He was purchased by our representative Jin Tian for a client who I believe is based in China.” 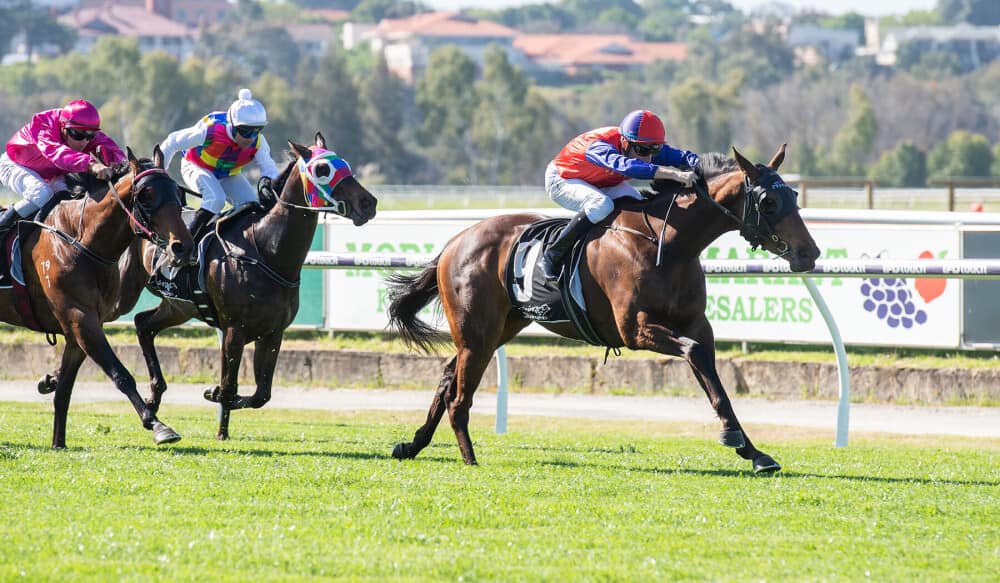