Home Mares lining up for Maschino

Mares lining up for Maschino

Maschino is the rising star among WA’s stallion ranks and that’s been underlined by a book of more than 100 mares this year.

Alwyn Park’s son of Encosta de Lago has come from nowhere – he covered just 9 mares in 2016 and among that crop was Saturday’s brilliant Ascot winner Nowhiteflag.  The Todd Harvey-trained flyer blitzed a strong field in the TABtouch Westspeed Series (1200m) and has the potential to rival the record set by his sister Fabergino.

Wilchino made it a double for Maschino later in the day and she will back up on November 13 in an effort to qualify for the G1 Winterbottom Stakes.

“Nowhiteflag is potentially the best horse I’ve ever saddled and he’s not just an out-and-out sprinter,” Harvey declared.  “He’s come back a more tractable galloper this prep.  He was a bit wayward so we put him away and he’s a much stronger and relaxed horse now.”

Nowhiteflag (4g Maschino – Miss Razyana by Danzero) is a homebred for a Jimmy Anderson-managed syndicate, just like his sister, and Saturday’s victory came shortly after they received news Fabergino is in foal on a maiden cover to Wootton Bassett (Iffraaj) who stands for a $71,500 service fee at Coolmore Stud.

Fabergino put Maschino on the map winning 12 of her 20 starts for over $830,000 in prizemoney.  She won to Group 3 level in WA before travelling east to claim another three Stakes races down the straight-six at Flemington.

Wilchino also has speed in spades and used it to telling effect when clocking 58.41s in the Quayclean Hcp (1000m) on Saturday.  Her career was almost over before it began after fracturing a knee early on but she’s unbeaten in five starts this prep for trainer Dan Morton and a syndicate managed by his wife Carol.

“There were fireworks when Ziebel took her on and the pressure could have told,” stable foreman Vince Collica said.  “It was heart-in-mouth stuff before she accelerated in the straight.  She paddled late but got the job done.

“Dan has been happy with her at home.  She’s moving super and is eating up so backing up shouldn’t be a problem.”

Maschino can continue the winning run with Group 1 candidates Cockney Crew and Cup Night when they resume from winter spells while Mr Delegator will be entered for the LR Ascot Gold Cup (1800m) on Saturday week, November 13.

“The best is yet to come with Maschino,” Andrew predicted.  “He’s good in the barn and his fertility is averaging around 90%.  He’s standing for $6,600 and this will probably be his last book at that price.” 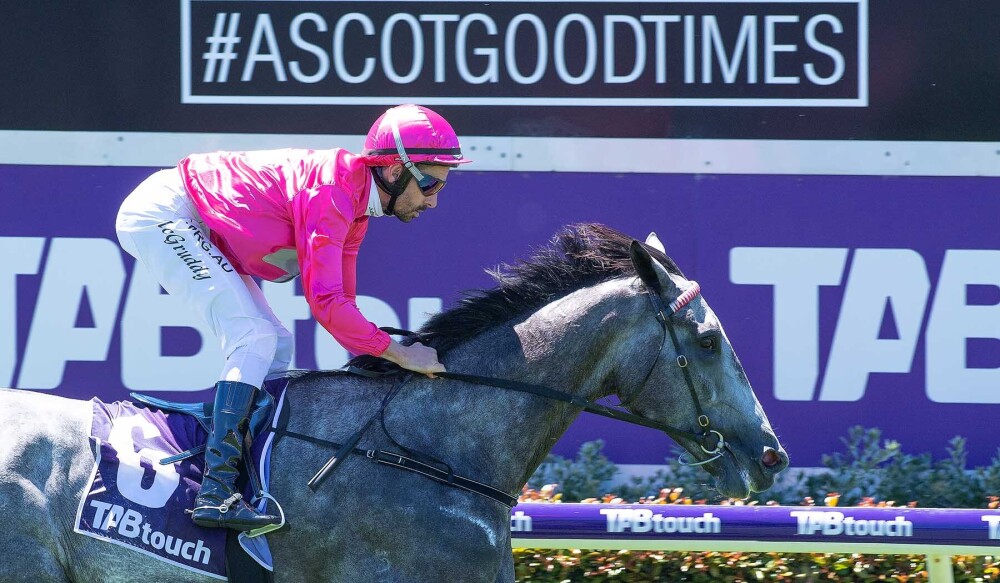