The WA sires’ premiership table is starting to take shape three months into this season but there’s sure to be significant shifts ahead with interstate raiders now ruled out of the Ascot summer carnival.

Notwithstanding interstate-sired stars from Peters Investments, there’s ample opportunity for local stallions to make a mark with $5.75 million in prizemoney allocated to 18 black-type events between November 20 and January 1.

The latest ladder published by TBWA today (November 9) has a familiar look with Blackfriars a clear front-runner, however, for the first time Sessions ($756k) and Safeguard ($728k) lead WA’s active sires with just three crops racing.

Oakland Park stands Sessions (Lonhro) for $8,800 (inc GST) while Safeguard (Exceed And Excel) is based at Mogumber Park for $4,400.  Lack of numbers will tell as the season progresses, nevertheless, their rise to prominence sets up a spirited rivalry between the former barn-mates in years to come.

Both stallions have leading candidates for $1million events at the summer carnival.

Sessions flagbearer Massimo won the first Group 2 on Perth’s 2021-22 calendar in the Lee-Steere Stakes (1400m) on Saturday.  He led at every call under Clint Johnston-Porter and defied running down to defeat Valour Road (Frost Giant) and Dance Music (War Chant).

“It was a super win,” co-trainer Michael Gangemi said.  “He was unlucky in the Black Heart Bart and the Northerly but nothing could get him today.  He’s tough and durable and did all the work in front.’

A syndicate managed by Gangemi Thoroughbreds bought Massimo for $150,000 at the Inglis Digital June (Late) Sale.  “He enjoys being in a new environment and it’s a pleasure to have him around.  He keeps raising the bar and will have to elevate again in a fortnight.”

Gangemi was referring to G1 Railway Stakes (1600m) worth $1 million at Ascot on November 20.  He’s on the third line of pre-post markets at $12 and first prizemoney will give his sire a leg up the premiership ladder.

Oakland Park owners Neville and Susan Duncan bred and initially raced Massimo.  “Sessions has the temperament and physique as a sire to match the ability that saw him win to Group 2 level in Sydney,” Duncan said after Massimo won the LR Placid Ark Stakes in November 2019.

“The Lonhro connection also won me.  He’s really making a name for himself as a sire of sires.”

Oakland Park was also home to Safeguard before his transfer to Mogumber Park.  Jointly acquired from Godolphin in 2015, he made an immediate impact with record-breaking WA 2YO and First-Season titles in 2018-19.

“This outcome is certainly a win-win for WA,” Mogumber Park principal Colin Brown reasoned after the Bullsbrook Stud’s client Santo Guagliardo expanded his interest in the horse.  “We didn’t want to lose Safeguard to the Eastern States and Oakland Park will continue to support him through lifetime nominations.”

Safeguard sired Iseered Iseered in his second crop and the Luke Fernie-trained gelding is gunning for a Group 1 in the $1 million Winterbottom Stakes (1200m) on November 27.  He signed off a winning hat-trick last prep in the Nicopolis Stakes (1200m) at Belmont.

Iseered Iseered resumes in the G3 Colonel Reeves Stakes (1100m) at Ascot this Saturday.  “He’s a beautiful horse and has drawn a good gate,” Fernie told the West Australian Newspaper.  “He’s ticking all the right boxes but it’s a different quality of race to what he was up against in winter.”

Safeguard will be double-handed this Saturday with Buzzoom who will attempt to add more black-type to her impressive strike-rate in the G3 Champion Fillies Stakes (1600m).  She completed a hat-trick of her own in the LR Burgess Queen Stakes (1400m) last Tuesday.

“I’ve always thought she was pretty good but the ease of that win surprised me,” in-form jockey Chris Parnham admitted on Melbourne Cup Day.  “I had a handful of horse and, when the run came, she exploded.”

Parnham’s father Neville and brother Steven combined to make it three wins in five years for that division in 2019 with Kay Cee. 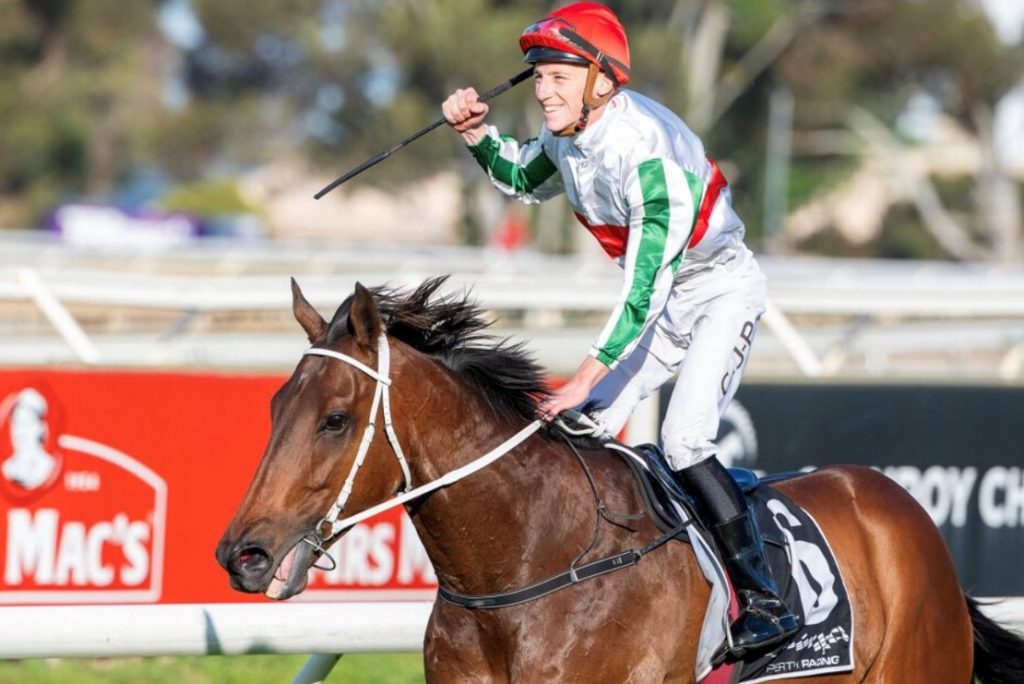