Home Party time in Perth for A Lot

Party time in Perth for A Lot

A Lot (USA) kicked off his stud career in perfect style when his first runner Costume Party won a Belmont nursery on Wednesday.

A Lot was a two-time Listed-winner at Belmont Park in New York for Hall of Fame trainers Bill Mott and Chad Brown.  He was also runner-up in the G1 Fourstardave Hcp (1600m) at Saratoga to Tourist who went on to win the G1 Breeders Cup Mile.  One of 150 Stakes winners by Champion North American sire Tapit, he is based at Willaview Park in the Great Southern of Western Australia for a $3,300 (inc GST) service fee.

The win was also a first for owner Kim Doak and his partner Maria who have spent a lot more than $1 million on yearlings and foals with trainer Luke Fernie over the last twelve months in Perth, Sydney and the Gold Coast  “Kim and Maria have been fantastic with the horses and personally,” Fernie said as Parnham brought Costume Party back to scale.  “They’re always there for me and it’s good to get a result for them.

“She was racing greenly at the top of the straight and I thought she might have trouble getting past them but class got her there.  We were going to trial her on Monday to iron out a few problems but decided to wait for this race hoping the field would fall away.  To come here and have her race for money while still learning makes it a positive experience.”

Parnham rode the winner on one rein in the straight but was happy with the performance.  “It was a good win and she gave me a nice feel.  She settled behind the leaders and sprinted home despite doing things wrong.  She’s a promising type.”

Costume Party initially sold to Forest View Farm’s Ben Duncan for $26,500 as new-season yearling at the Mungrup Stud Dispersal in August 2020.  She toured the ring again at the 2021 Perth Magic Millions Winter Yearling Sale in June when Fernie and Doak struck with a bid of $50,000.

She is a half-sister to city winner Bragwell (I’m All The Talk) and banked midweek prizemoney of $21,300 with the inclusion of a bonus from the Westspeed Platinum Scheme.

A Lot stands alongside Oratorio (Stravinsky) at Willaview Park which is managed by Claire Williamson.  It’s the same property formerly known as Mungrup Stud where she was born and raised.  Her parents Gray and Jan Williamson retained the Narrikup property and Claire maintains a family link that goes back more than 40 years.  “It’s a great opportunity,” she said shortly after the changeover.  “I’m passionate about horses after growing up and absorbing everything here on the farm.

“A Lot’s first crop looked like athletes and we were sure they would go early.  He’s by Tapit and still holds the USA record for 1400m on turf.” 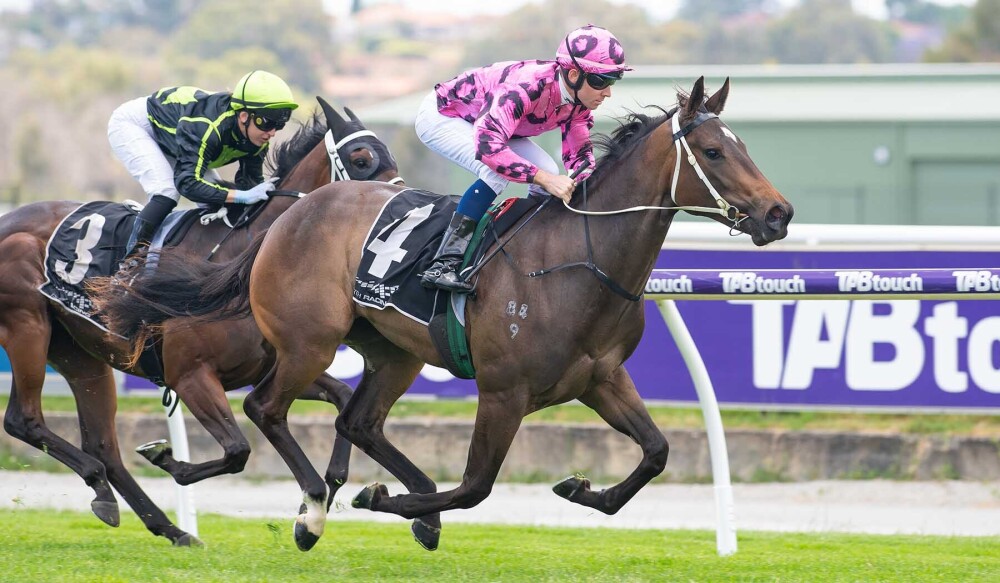