Amelia Park goes into Day 3 of the TABtouch Masters at Ascot on the back of a winning run in Perth and Adelaide.

Peter Walsh’s state-of-the-art nursery at Vasse has Vadette De Star (Zoustar) engaged in Race 2 on Saturday for her second start this prep over 1200m.  She’s knocking on the door after flying home to finish just behind the placegetters a fortnight ago.

Last-start Ascot winner La Farola (Deep Field) will take on black-type company for just the second time in the LR Jungle Dawn Classic (1400m) but won’t be overawed against a quality field of fillies and mares.

In her Stakes debut at Ascot in February, La Farola finished a close-up fifth in a red-hot renewal of the LR Challenge Stakes (1500m) behind Solaia, Kissonallforcheeks, Western Empire and Em Tee Aye! 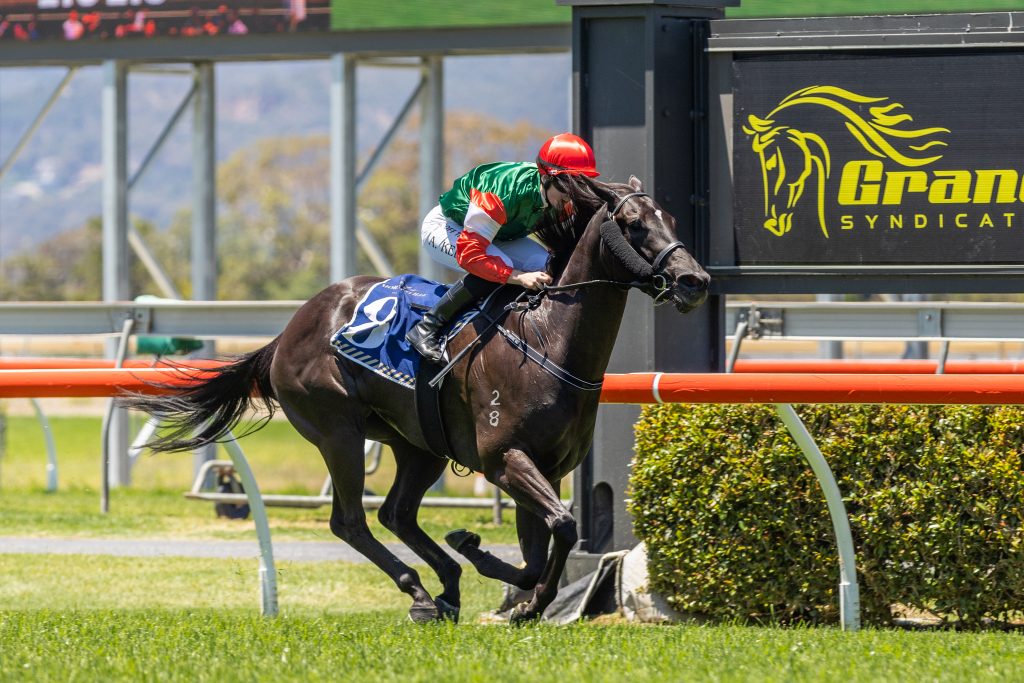 Speed Lover (pictured) is trained by Tony & Calvin McEvoy and had been placed in her first two starts at Ballarat before transferring to their original base at Angaston.  Starting a well-backed $1.85 favourite in the Twilight Races Maiden (1100m) at Morphettville, she settled in front and dashed away for apprentice Alana Kelly to score by three lengths.

“We purchased her for $160,000 at the Perth Magic Millions and Peter was happy to buy back into her with a group of owners,” Tony McEvoy recalled.  “At her first run she went too hard and got caught late, then she blew the start second-up but still ran very well.

“It was an excellent win today.  She has shown ability from the start and, with a city win under her belt, will go for a break now.

“We can look forward to some of the nice races for 3yo fillies in the autumn.  She goes quick, like one of her part-owners Phil Matera who was a flier on the field for the West Coast Eagles.”

Speed Lover is the first foal from Amelia’s Love (Blackfriars) who won at Bunbury and Belmont before her career was curtailed to just four starts.  She’s a half-sister to 2011 Magic Millions 2YO Classic winner Karuta Queen (Not A Single Doubt).

Amelia’s Love’s second foal by Shalaa (Ire) sold for $260,000 through Segenhoe Stud (as agent) at the 2021 Gold Coast Magic Millions.  Named Jamaican Rumba, he is trained by Toby & Trent Edmonds on the Gold Coast for Kestrel Racing.

Amelia Park will present a Nicconi – Amelia’s Love filly as part of its consignment to the Perth Magic Millions Yearling Sale in February.