Home Rommel filly right Out of the Box

Rommel filly right Out of the Box

Rommel filly Out Of Aflica will be on trial for a trip to the Gold Coast when she steps out in the Aramis Plate (1050m) at Morphettville this Saturday. 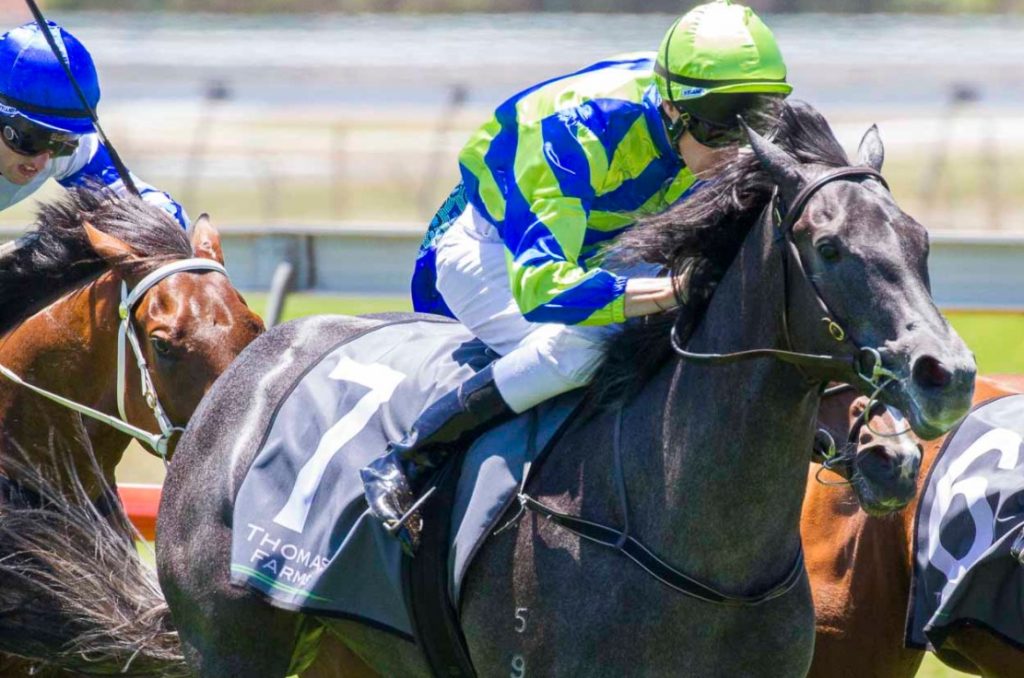 The Will Clarken-trained youngster (pictured) was outstanding on debut last month.  “She was our first 2yo starter of the season and it was a super win,” Clarken confirmed.

“She did have a fitness edge and I guess we rushed it after trialling her against older horses four days beforehand at Oakbank.

“But she’s strong and sound and never misses an oat.  Her sire Rommel is by Commands and he’s doing a good job in Perth.  She cost $50,000 at the Magic Millions over there and her breeder Santo Guagliardo kept a share.

Clarken also nominated Out Of Aflica for a Flemington nursery this Saturday but opted to stay at home.

“I’ve liked her from the outset and it’s great to get a good one for Santo who is a big supporter of our stable.  She’s readymade and I’ve got no problems pushing on with her this prep wherever that takes us.”

Guagliardo raced Rommel and, after a head second to Cadenza in the 2014 Magic Millions 2YO Classic at Ascot, he trained on to win a G2 WA Guineas (1600m) and G3 Zeditave Stakes (1200m) at Caulfield.

Retired to Mogumber Park in Bullsbrook, he made an immediate impact capturing the Western Australian 2YO and First-season titles in 2020-21.  “Rommel grafted out those premierships,” Mogumber Park studmaster Colin Brown said.  “The prizemoney wasn’t inflated by any sales-related winners and the reaction from breeders meant his latest book was the best yet.”

Out Of Aflica is the final foal from Mull Of Kintyre mare Aflica who had won a York maiden on debut for Colin Webster and Yarradale Stud.  The mare’s older half-brother Quick Flick won a G1 George Ryder Stakes at Rosehill and another close relation Epic Grey landed the RL Magic Millions 3YO Trophy at Pinjarra in 2018.