It can be viewed by clicking here.

The hard-copy edition is being printed at Vanguard Press and will be distributed in the week commencing Monday, 18 January.

All American mare Lass Vegas has found a new lease of life since transferring to Mornington trainers David & Coral Feek.

The former NSW-based sprinter had won four races before crossing the border as a winter 5yo in June.  She won on a Heavy 9 at Moe shortly after arriving…

Dance Music has been the lamp-lighter for War Chant (USA) this season and there’s been a procession of winners taking her lead in the last month.

The Yarradale Stud champion has a worldwide roll-call of 44 individual stakes winners that have struck 87 times in black-type races.  Dance Music has…

Patronize (Redoute’s Choice) is a three-quarter brother to Exceed And Excel and he sired three of the first four home in a blanket-finish at Ascot.

Australia remains the leading place to race a horse in the world; a statement demonstrated by there being 52 races run this year worth A$1 million or more, compared to 29 in America and just seven across all of Europe.

This is just one of many facts and statistics published…

Turrell turns back clock at Ascot

Long-time Ascot trainer Bob Turrell broke a long drought at his home track when Alien From Mars broke her maiden in the TABtouch-Better Your Bet (1200m) on Saturday.

WA trainer Tiarnna Robertson ended her extended stay in Victoria by winning in style as Fabergino (Maschino) relished a return to a short-course sprint in Saturday’s Living Legends Hcp (1000m) at Flemington.

Robertson has spent the past three months in Victoria, a time in which she had to deal with…

Peters Investments won the G1 Kingston Town Classic (1800m) for the sixth time on Saturday and for good measure the cerise and white silks filled out the quinella when Truly Great defeated Inspirational Girl. 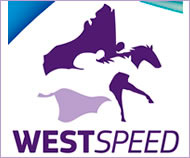