Deceased Alwyn Park stallion Trade Fair (GB) was represented by his 17th Stakes winner when Trix Of The Trade took advantage of a perfectly-timed Troy Turner ride in the Listed WA Breeders Classic (1400m) at Pinjarra on Sunday.

Trade Fair (Zafonic) was a Juddmonte Farms flag-bearer in England winning the Group 3 Criterion Stakes at Newmarket before shuttling south for his initial WA book in 2006. 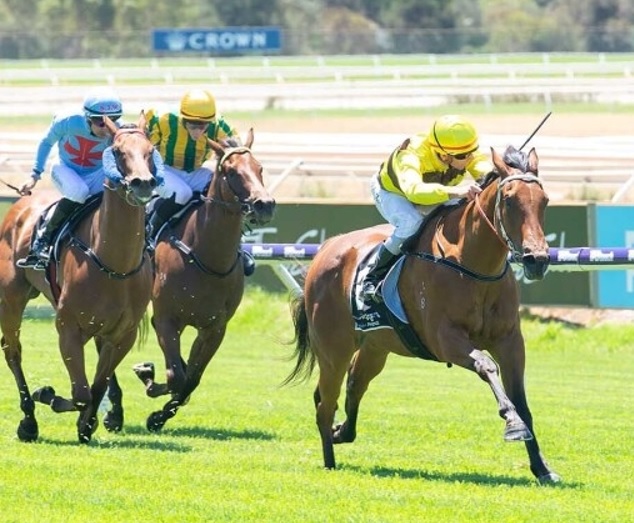 Standing at Alwyn Park for the majority of his stud career, he was based permanently at the Serpentine stud after three seasons shuttling between Tweenhills Stud in Gloucestershire and Western Australia.

“He’s a very promising horse and has done a great job so far,” Webster said.  “We will take him along quietly for now and down the end of the trail he might be a prospect for the (G2) WATC Derby.

“We will run him through the lead-up races, but at any stage if it looks he can’t get a distance, we will back off and keep him to shorter races.”

Trix Of The Trade is a homebred for Bill & Patricia Robinson and is the third and final foal of unraced mare My Name’s Trixie (Passenger) who was bred by Neil Wholagan from the family Oxidation (LR Challenge Stakes), Pagonic (G3 Bunbury Cup) and Business Beat (LR Supremacy Stakes).

The Group 2 WATC Derby (2400m) is set down for Saturday, April 9 and Trix Of The Trade’s next lead-up will likely be the LR Challenge Stakes (1500m) at Ascot on February 12