The Darling View Thoroughbreds champion also led local sires on the leader-board for averages at $95,146.  It was his second win running in that category after averaging $101,364 last year.

Those figures reflect Playing God’s rise up the WA Sires premiership in the last 12 months.  He’s currently second on the table with earnings of $1,903,613 from his first four crops.

He’s the heir-apparent to his own sire Blackfriars (Danehill) who leads with $2,231,478 despite not having a two year-old crop in 2021-22.  No rival has remained that close to Blackfriars this far into the season since the early days of his record-breaking run that should reach 12 titles in 2021-22.

Top-price among the Playing Gods at the Swan Valley Sale was the colt from Moodometer (Lot 174).  He made $330,000 to beat the previous Playing God record of $200,000 held by his filly from Boutique last year.

She has been named Fashion Stakes and was purchased by clients of Neville Parnham who trained Playing God to multiple Group 1 victories in the 2010 and 2011 Kingston Town Classics.

This year’s new record-holder (pictured) was bought by agent John Chalmers for an undisclosed buyer.  “My client really wanted this colt,” Chalmers said.  “I didn’t think he would make that much so we had to keep extending.  The dam won a WA Oaks and he’s a big, staying-type with lots of scope.”

Moodometer (Pricelessly) is back in foal to Playing God having visited him for five of the past six seasons.  The mare changed hands for a mere $16,000 at the 2020 Mungrup Stud Dispersal Sale when purchased by Peter Diamond.

A day after the record-breaking Perth Magic Millions Sale, Indominus made it 12 individual winners for Playing God in the last month when he scored a convincing victory second-up in the TABtouch Hcp (1600m) at Pinjarra.

Indominus is trained by Colin Webster for his wife Lyn and a syndicate that includes long-time stable clients Paz Princi and Anthony Torre.  Regular jockey Troy Turner took over from his son Jordan on Thursday and credits his old boss for getting the gelding back on track.

“He’s had some setbacks but Colin has managed him through them all,” Turner said.  “He suffered a foot injury in a stable accident and then he aggravated it while being loaded on to a float.”

His dam Xaaristic (Xaar) has a yearling filly by Playing God that has been retained by breeder Gray Williamson. 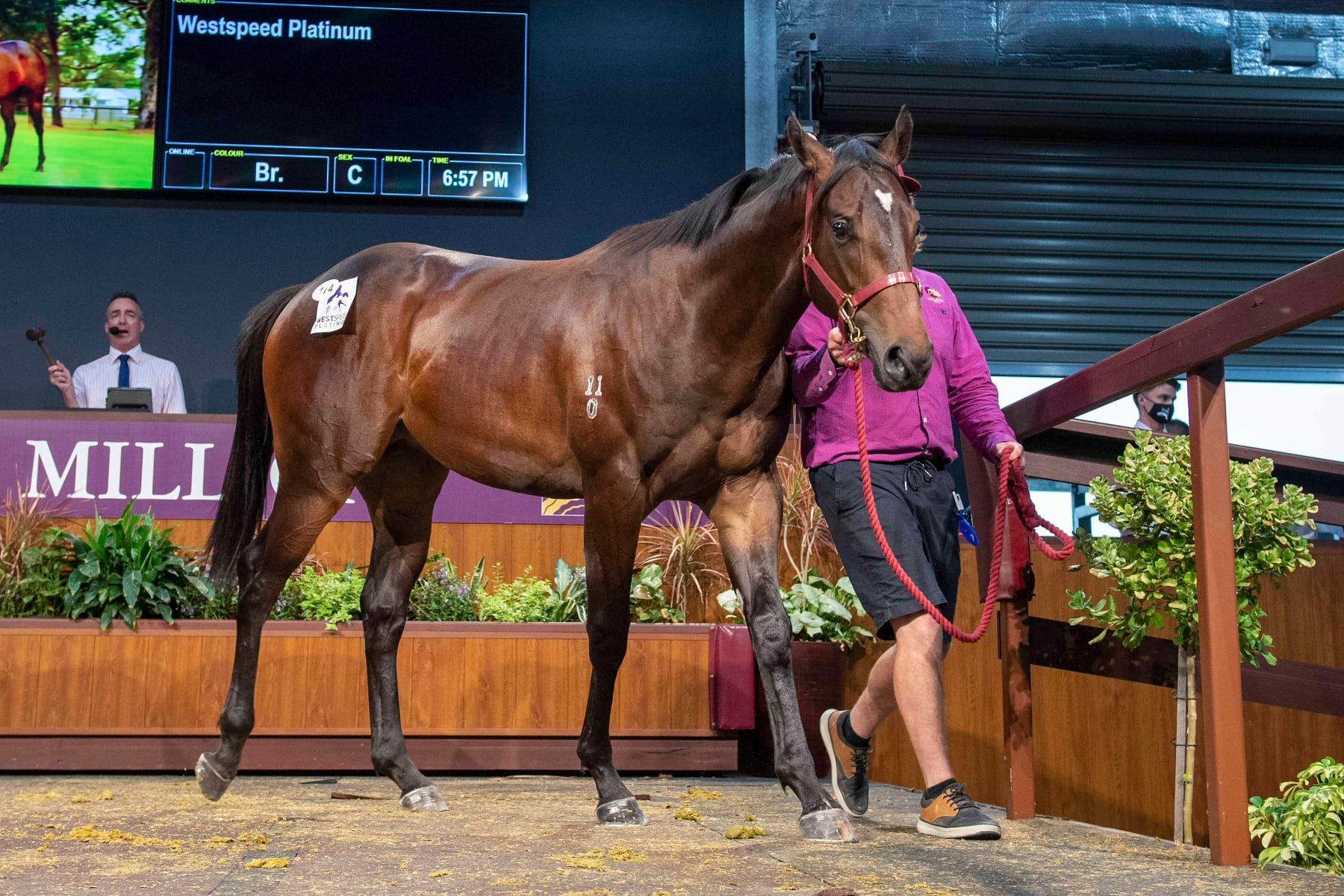