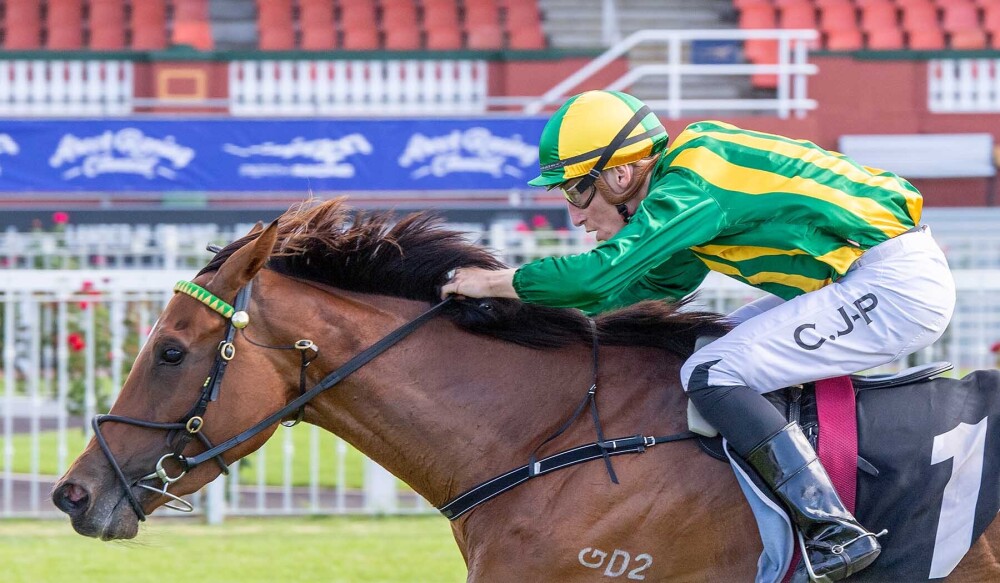 Constant Dreaming (Photo: Western Racepix) is from the last-crop by Blackfriars, a 12-time WA Champion, who sired Like A Butterfly (2018 Ascot 1000 Guineas) and Friar Fox (2018 Natasha Stakes).

His daughter Pop Culture won the 2012 Ascot 1000 Guineas and then doubled up in that year’s G3 WA Oaks.

“This preparation is the right recipe and she was strong through the line today,” Durrant claimed after his filly fought off Feels Danish (Danehill Express) in the Natasha Stakes on Saturday.  “I thought she would win by more on the corner but, fingers crossed, I don’t think she needs to be any better to win the WA Oaks.”

In saying that, Durrant believes Constant Dreaming will be a much better galloper after a decent spell.  “She’s maturing into a proper stayer.  It’s been hard to keep weight on her until now and I don’t know what her ceiling will be as an older mare.”

Jockey Clint Johnston-Porter was back on board after piloting her to a Pinjarra maiden win second time out in December.  “There was no pace on paper and we got some cheap sectionals after working to cross the field.  We took a sit when Feels Danish went to the front midrace and we had her measure in the straight.  The extra 200m won’t be a problem in the WA Oaks.”

Bullsbrook owner-trainer George Dupre weighed in with another Blackfriars winner at Ascot on Sunday when Dream Evil scored first-up in the Seppelt Wines Hcp (1200m).  She had won a Pinjarra 3yo maiden first-up last July.

Dream Evil was bred by Jason Cheetham and is one of five winners from NZ-bred mare Ishibabe (Ishiguru).  Her prior winners were bred by either Geisel Park or Tameeka Brown and her most recent cover was to My Admiration in October.