My Admiration sired a running double with Sluice Box and Flicka’s Chance at Belmont on Saturday and besides city-winning ability, their other trait in common is a tremendous will to win. 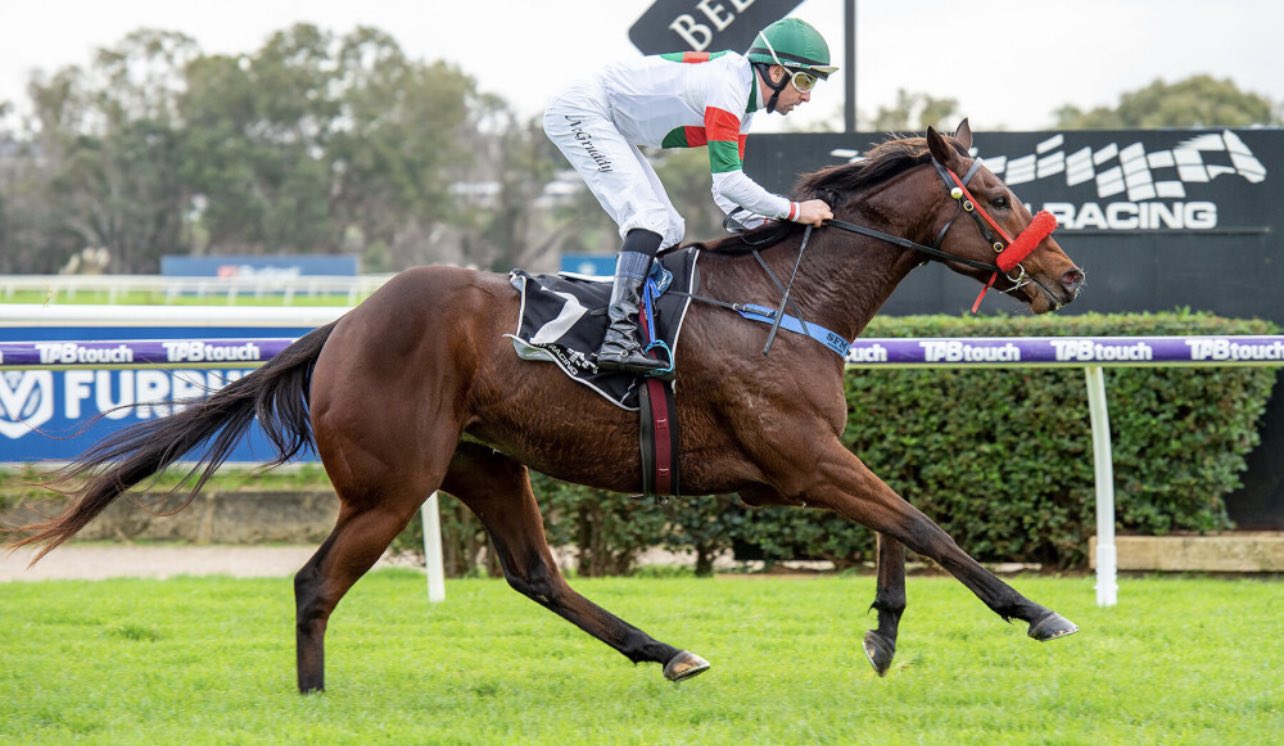 Jockey Jason Whiting offered a similar description of Flicka’s Chance after piloting the 4yo gelding to a narrow win in the TABtouch-Westspeed Platinum Hcp (1400m).  “He was only just travelling in the run but, to his credit, he really dug deep when I asked.”

My Admiration (Encosta de Lago) stands at Westbury Park and Saturday’s double kept his winning strike-rate above 60% and sent his progeny earnings past $5 million.  He stands for a $4,400 (inc GST) service fee with studmaster Phil Ibbotson at the Pinjarra nursery.

Sluice Box was bred by Gold Front’s Alan Olive and is the penultimate foal of Ready In Waiting (More Than Ready).

“His work has been nothing short of outstanding,” Maley said.  “I didn’t give Shooter (McGruddy) any instructions.  He rides the horse so well and I was sure he would handle the step up from 1600m to 2200m.”

Flicka’s Chance was bred by Livio & Renato Divitini and they kept him after bidding fell short of a $30,000 reserve at the 2019 Perth Magic Millions.  Trainer Steph Bakranich gave him time to mature and that’s paid off with 4 wins in 8 outings this season starting with a Northam maiden in September.

“Jason put him in a great spot and he just hung in there,” Bakranich said after the judge gave Flicka’s Chance the decision over late closer Glamour Packed.  “It was that close I looked the other way when they hit the line.”

Flicka’s Chance is a younger half-brother to two-time Ascot winner Aunty Zelma (Due Sasso).  Their dam Althere (Dehere) has two fillies by Vert de Grece (Ire) coming through and she was covered by Playing God on September 1 last year.