Late supplementary entries have increased the catalogue for Sunday’s Magic Millions Perth Winter Sale to 153 lots as of Wednesday evening.

The absolute deadline for supplementary lots is 10am (WA time) on Thursday for the Swan Valley Sale.

The catalogue includes an Unreserved Reduction by Yarradale Stud.  The Gidgegannup nursery has 14 broodmares with positive tests, 12 yearlings including five as agent for Ellie Giles, seven racehorses and foals by Gingerbread Man (3), War Chant (2), Playing God (2) and Oratorio.

Yarradale Stud will maintain its position as one of the leading stud farms in Western Australia albeit on a reduced scale following the death of owner Ron Sayers last month. 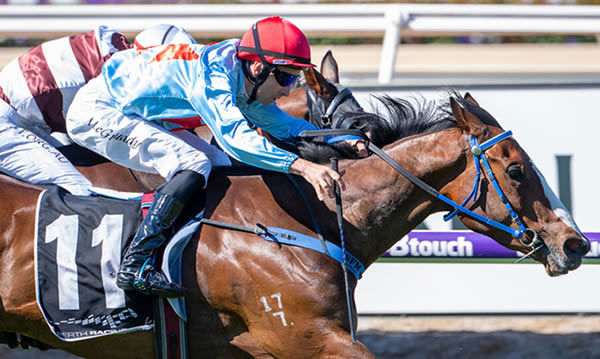 “While still being a racing proposition, Watch Me Dance will be a standout addition to any broodmare band in the country,” Magic Millions WA Manager David Houston noted.

Across her 26 starts for trainer Steve Wolfe and her all female ownership group, Watch Me Dance has notched five wins and 13 placings for earnings of $900,000.

As well as being a high class racehorse, Watch Me Dance has a wonderful pedigree.  The daughter of I’m All the Talk is a full sister to the triple stakes placed Hear Me Sing and is from the stakes performed Oratorio mare Coventry to Rio.

The Perth Winter Sale Welcome BBQ & Drinks will be held from 1pm (WA time) on Friday at the Magic Millions Sales Complex. Many lots will be available for inspection and Darling View Thoroughbreds will parade its new stallion Splintex at 5pm on Friday.