Watch Me Dance (I’m All The Talk) set a record price of $600,000 for a thoroughbred sold at public auction in Western Australia at the Magic Millions Winter Sale on Sunday.

She is set to race with Victorian trainer Lloyd Kennewell next season after being sold by Commercial Bloodstock (as agent) in the Swan Valley.  The price-tag bettered the previous mark of $420,000 held by Ellicazoom (Testa Rossa) at the 2018 Magic Millions Winter Sale. 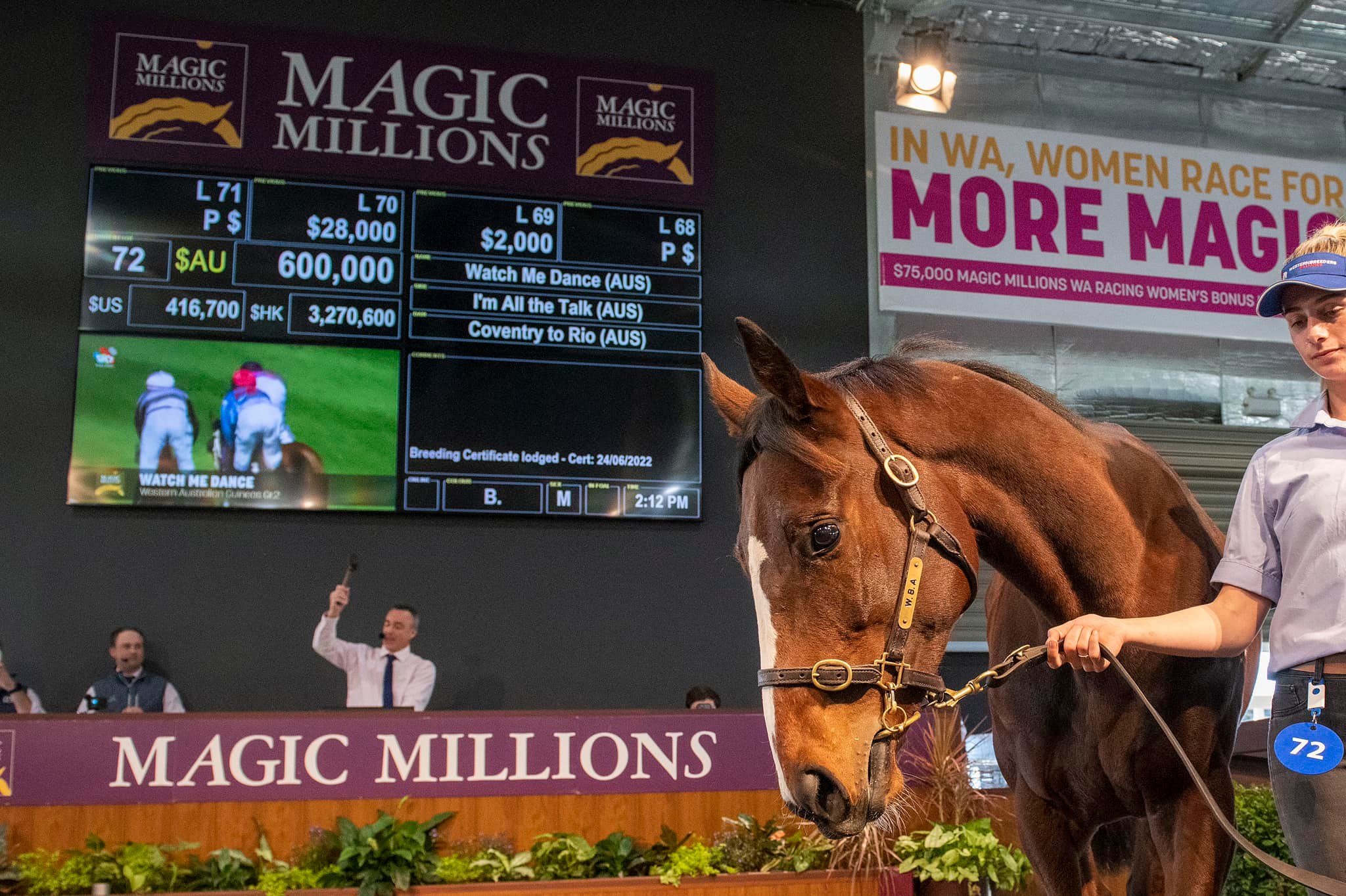 Watch Me Dance (pictured) was initially sold for $34,000 at 2019 Perth Magic Millions Yearling Sale before embarking on a career that included victories in the G2 WA Guineas, G3 Champion Fillies and G3 WA Sires’ Produce Stakes for an all-female syndicate and trainer Steve Wolfe.

“She’s really well-credentialled and I bought her for an Eastern States breeder,” Kennewell told ANZ Bloodstock News.  “We will get her back to Melbourne and give her a good break.  I want to see her gain maybe 100kg and will come up with a plan to target the late spring.

“She wasn’t bad value at that price considering what Group 2 and Group 3 winners made at the Gold Coast National Sale last month.”

Watch Me Dance topped Sunday’s Sale ahead of a Russian Revolution yearling half-brother to Kissonallforcheeks that was purchased by Ascot trainer Luke Fernie for $200,000.  “He is a cracker and looked as though he could go to the trials tomorrow,” Fernie said.  “He has everything in the right spot and looks an athlete.”

The Westspeed-eligible colt, who was bred and offered by Dawson Stud’s Graham Daws, was initially passed-in for $150,000 at the Inglis Classic Yearling Sale in Sydney.  “He was just a little bit immature back in February and that’s probably why he didn’t get much attention.” Fernie added.  “He just needed a bit of time and his x-rays are all sweet and he scoped out fine.”

Magic Millions manager David Houston was understandably thrilled with turnover that reached $1.90 million.  “It’s wonderful for WA to have a locally-bred horses sell so well.  It was a super result and the overall clearance rate was 78%.”