Blackfriars sired his final winner of a 3yo Stakes race when Black Fantasy was successful in the LR Belmont Classic (2200m) on Saturday.

The Scenic Lodge legend has been represented by the winners of 36 black-type races reserved for horses in their classic season.  His youngest progeny will turn four on August 1. 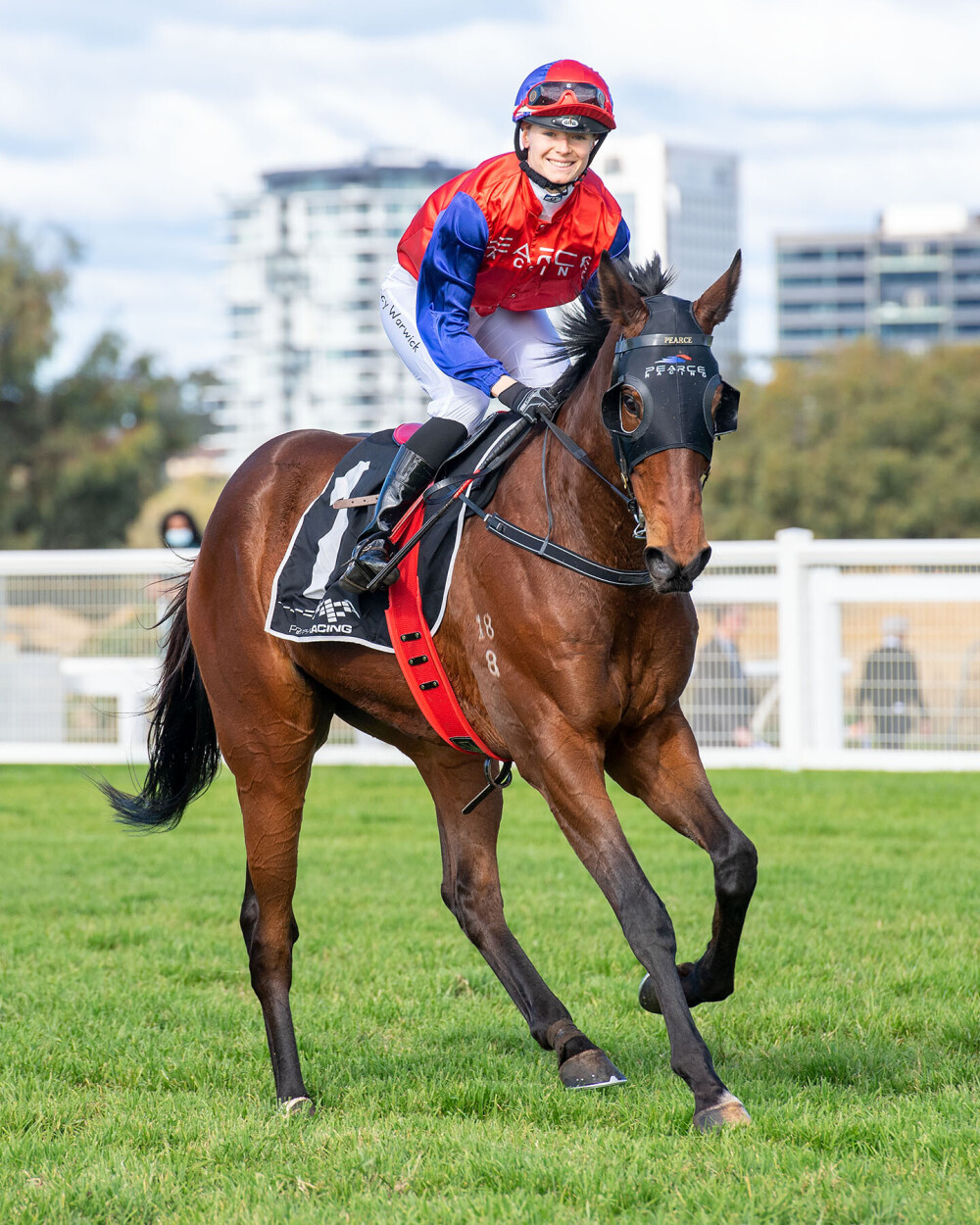 Black Fantasy (Photo / Western Racepix) went back-to-back on the weekend following his victory in the LR Aquanita Stakes (2000m) earlier this month.  He scored by three-quarters of a length from Flower In The Wind (Sebring) and they gapped the rest of the field with third-placed Tizzle Top (Vert De Grece) five lengths astern

“He went from being placed in the Magic Millions Trophy (1200m) to being placed the WATC Derby (2400m) last prep,” co-trainer Dan Pearce said as Lucy Warwick brought the winner back to scale.

“And he’s made this prep his own by winning the Aquanita and Belmont Classic.  He’s earned a break now and looks a serious horse for next season.”

Black Fantasy (3g Blackfriars – Dreamalong by Southern Image) was a $36,000 buy for Pearce Racing from Scenic Lodge at the 2020 Perth Magic Millions Yearling Sale.  He’s a three-quarter brother to Shining Knight (Blackfriars) who won a G3 Belmont Sprint for Peters Investments in 2015.

Dreamalong was purchased by Scenic Lodge for $25,000 a year earlier from Peters Investments.  She has a yearling filly by Magnus and weanling colt by Snippetson.

The Belmont meeting was something of a field day for Scenic Lodge.

Universal Ruler doubled up with his unbeaten 2yo Aztec Ruler in Race 1 and 3yo filly The Velvet Queen who sprouted wings for Impressive Racing in Race 9.

Dash For Cash mare I’m Pretty was also a quick closer for Durrant Racing in Race 2.  It added more EPONA credits to the $6,490 that the rising 7yo mare has banked for her first cover to a TBWA accredited stallion.

Scenic Lodge graduate Phanta (Gingerbread Man) was the other winner from the Muchea nursery after changing hands for just $5,000 at the 2019 Perth Magic Millions.  His bank-balance increased to $218,880 after Race 4 on Saturday and that includes Westspeed Platinum bonuses of $46,800.