Gingerbread Man has sparked a host of Belmont winners in the last week for Yarradale Stud stallions – both past and present.

Valency was the first of a half-dozen to salute the judge after railing up in the Free Entry To Belmont Park Hcp (1000m) last Wednesday.  Trained by Robyn Lockwood, the 3yo filly was appearing first-up since an initial campaign that included a Belmont maiden victory in January.

“Racing over 1000m is definitely not her go but I was confident once she got going for Jade (McNaught),” Lockwood said.  “She’s has come back really, really good….stronger, smarter and will keep improving over longer distances.” 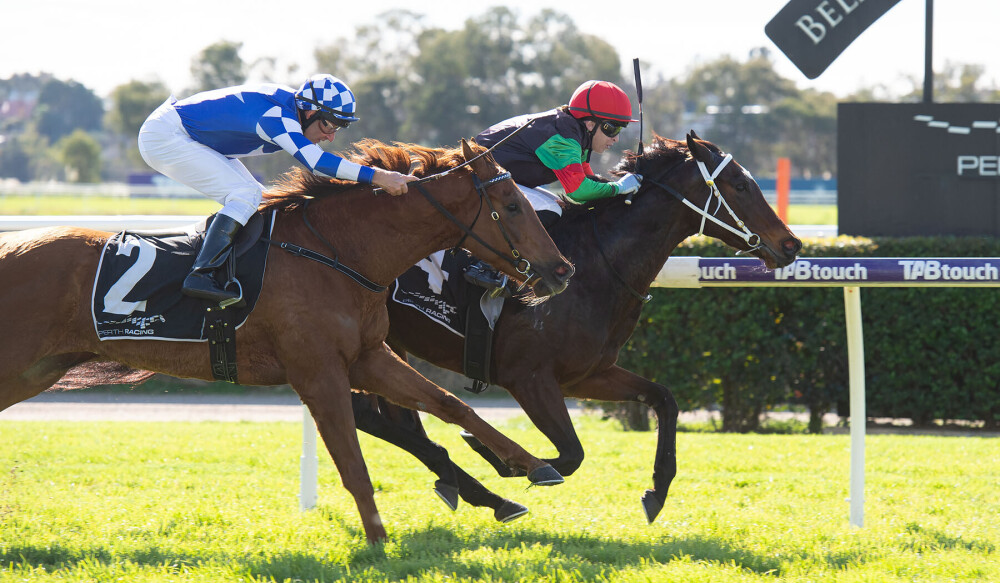 From 6 starts, Valency has earned $64,050 including Westspeed Platinum Bonuses of $28,950.  Her EPONA credits, which stood at $1,160 on June 16, would have also increased after she accounted for front-runner Star Soprano (Snippetson).

Bread To Flirt brought up a double for Gingerbread Man in the Crown Perth Hcp (1300m) last Wednesday after getting an nice cart into the race from runner-up Wise Cracker (Galah).

“That was an 11 out of 10 ride by Brad (Parnham),” co-trainer Chris Gangemi claimed.  “She’s a good, consistent mare and there were excuses when she was beaten here last month.  She missed some work due to a hoof abscess and just peaked on her run.”

Phanta completed a Gingerbread Man double for Gangemi Racing in the Glenroy Chaff Handicap (1400m) at Belmont on Saturday.  He also led home a quinella for the Yarradale sire with a narrow decision over his older full-sister Ginger Flyer.

The first two home are from Dubi Dubi Do (Dubai Destination).  Phanta was bred by Scenic Lodge and Ginger Flyer by Neil Cayley and James Pritchard.

“It was an easy watch when he won by six lengths first-up but he had to dig deep today and it was big relief when he just got there,” Chris Gangemi admitted.  “He has a high cruising speed and can maintain a good gallop in the lead.  A big motor helps, too.”

Phanta increased his bank-balance to $218,880 for a large syndicate of owners and that includes Westspeed Platinum bonuses of $46,800.

Three former Yarradale stallions also made contributions via Capital Flight (City Place) and Position Of Power (Scandal Keeper) who were successful on Saturday.  And Kelvinater (Heritage) kicked off this Wednesday’s midweek card for his sire who was pensioned from stud duties recently.

Just minutes before Kelvinater won for Fred & Judith Kersley, Icecrusher (Frost Giant) landed her 10th win in 50 starts in the Agency Hcp (1550m) at Randwick.  The 7yo mare was conceived in the first of two southern crops sired by Group 1 winning stallion Frost Giant (Giant’s Causeway) at Yarradale.