A Yarradale Stud-bred Exceed And Excel half-brother to Valour Road made HK3.80 million (AUD710,225) at the Hong Kong International Sale on Sunday.

That was half as much again as his knock-down price of $470,000 at the 2021 Gold Coast Magic Millions Yearling Sale.  He was purchased by Cheung Kwok Ping who stables the majority of his horses with trainers Ricky Yiu and Tony Cruz. 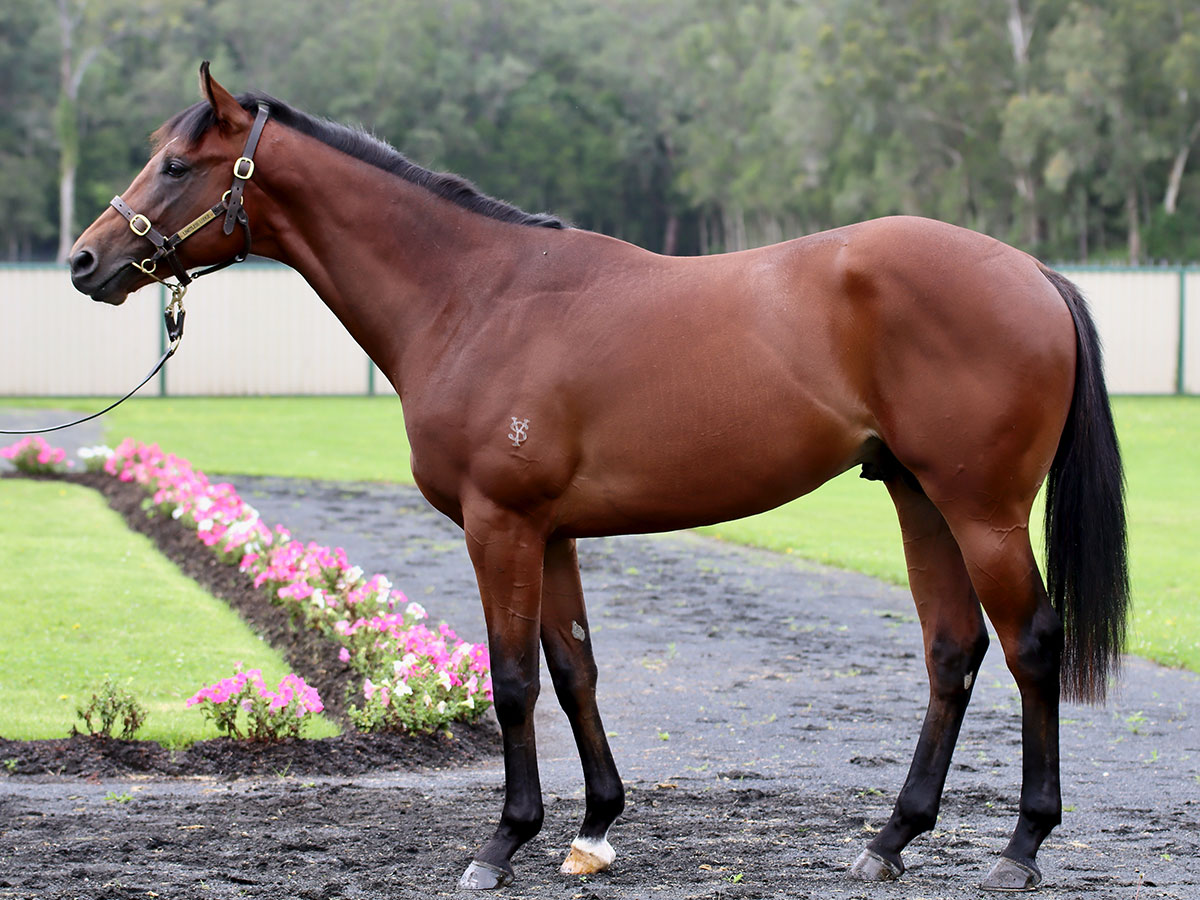 The Exceed And Excel – Melba Avenue 2yo bay gelding (pictured) was catalogued as Lot 8 and breezed 10.92s prior to the Hong Kong Sale.

Vision of that gallop can seen here

Valour Road (Frost Giant) was the first foal of Melba Avenue (Street Sense) and, to date, he has earned over $1.46 million from 9 wins to Group 2 level in a Karrakatta Plate at Ascot and Euclase Stakes at Morphettville.

The mare has a yearling colt by Exceed And Excel and was bred to Champion Australia sire I Am Invincible on a September 2 cover last year.

Yarradale Stud owner Ron Sayers bought into the family in 2010 when he purchased her dam La Melba (Grand Lodge) who was a half-sister to Group 1 winning sprinter Flavour.

Apache Pass (War Chant) has also been successful three times after signing off his Perth career with a Listed placing in the 2020 Lex Piper Stakes (1600m) for Lindsey Smith.  He carries the MV brand of Tony Patrizi’s Misty Valley Thoroughbreds.

Another Perth-based Exceed And Excel destined for Hong Kong is the Luke Fernie-trained LR Perth Stakes winner Left The Building.  He was purchased as a foal by owner Kim Doak at the 2021 Magic Millions National Weanling Sale and was a steal at $130,000.