Famous Jurney took advantage of the cutaway bias at Belmont to land the latest win for trainer Jim Taylor and owner Sam Trimboli on Wednesday.

The Universal Ruler sprinter doubled up for the Taylor – Trimboli team following stablemate Nero King (Maschino) who scored at Belmont on July 13. 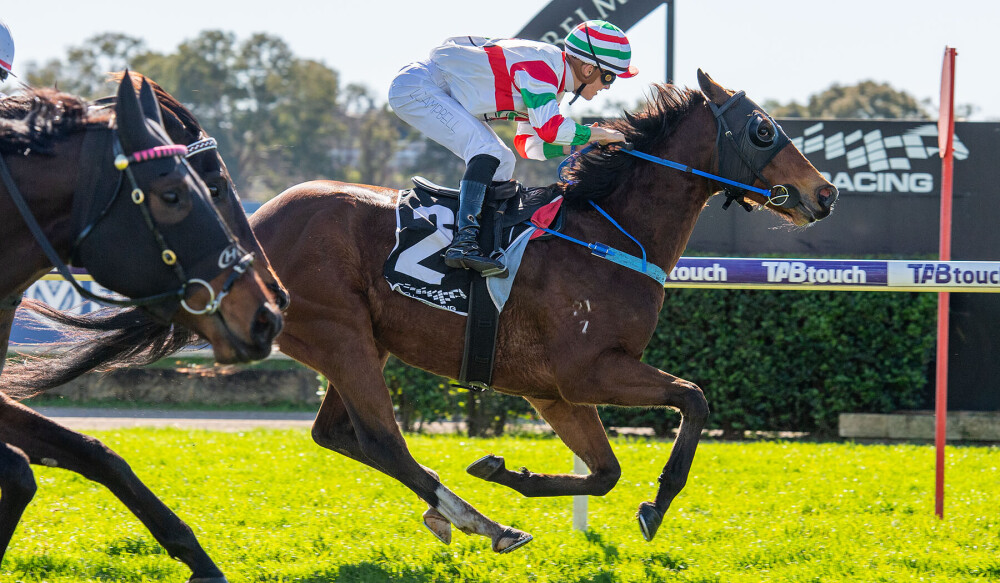 Famous Jurney (Photo / Western Racepix) had been nailed a nose by Snipillicious at Belmont back in September but he had failed to capitalize in town before the Vale Bob Weston Hcp (1200m) on Wednesday.  Winning three sprints around one-turn at Northam this season was a consolation of sorts although similar on-pace tactics went out the window when he missed the kick in town.

“I was my intention to lead but he jumped slowly and we settled three-back on the fence,” apprentice Luke Campbell said.  “He travelled strongly along the rails but I heard some others coming down the outside.  He was stopping a bit at the finish but we managed to hold them off.”

Famous Jurney has earned $82,685 from 19 starts to date after graduating for $75,000 out of the Scenic Lodge consignment to the 2019 Perth Magic Millions.

The Universal Ruler – Blackfriars cross has a 63% strike-rate with 19 winners from 30 starters.

Scenic Lodge stands Universal Ruler for a $6,600 (inc GST) fee and his mare The Velvet Queen is ready to sign off the city season a winner as a $2.90 favourite for the Heineken 3 Hcp (1200m) at Belmont on Saturday.