Kalgoorlie honours one of its favourite sons with the inaugural running of the Ron Sayers Sprint (1100m) on Saturday.

It has drawn an oversubscribed field of 14 starters and four emergencies vying for a race worth $125,000.  The KBRC has allocated a generous six-figure prizemoney pool that befits a man who tipped in more than anyone else in Western Australia. 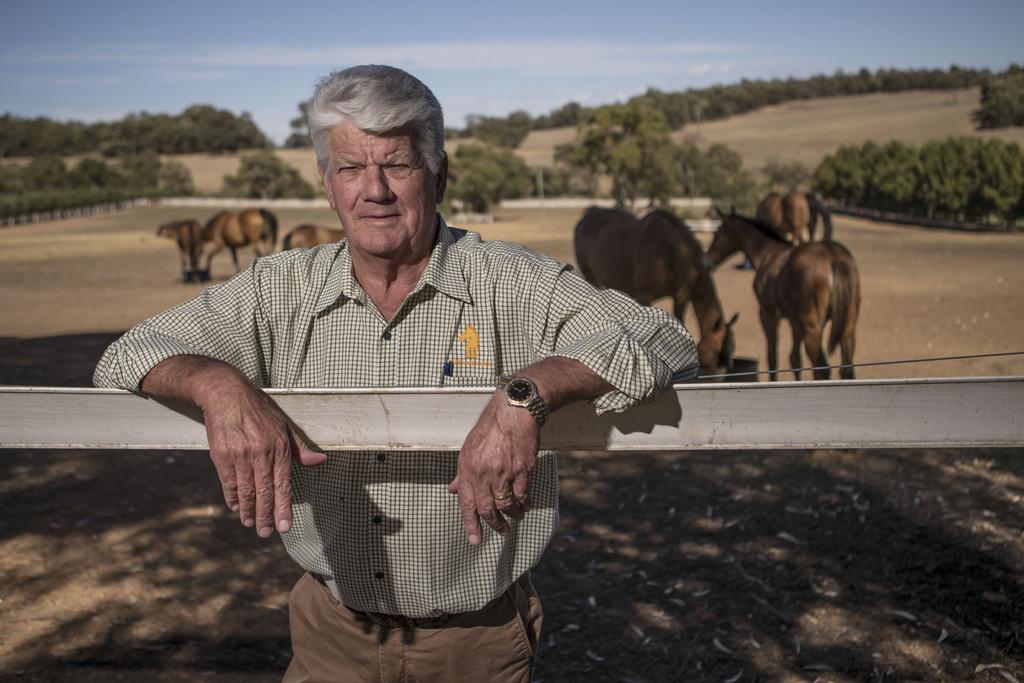 Sayers passed away at Yarradale Stud in May and his stallion War Chant (USA) is double-handed with the $7 second-favourite Here’s Dreaming and $41 longshot Alcina.

Here’s Dreaming was bred at Yarradale she will be attempting a hat-trick after a Belmont running double earlier this month.

Currently covering his 12th book at Yarradale, he’s bearing down on a major milestone having sired the winners of 1,998 races world-wide.

Gunmetal Grey, a 5yo mare by former Yarradale sire Bradbury’s Luck, is also a chance despite a wicked draw in a wide-open market at $12.  She’s a homebred for Sayers and Tony Patrizi and will no doubt be primed for a forward first-up performance by trainer Ross Price.

Patrizi was a long-time friend, business colleague and neighbour and he led the tributes to Sayers.  “WA has lost an amazing man who thought that obstacles were things that you could go past.”

Watching their horse go past the post a winner will be the goal of every other owner and trainer in the Ron Sayers Sprint.  But don’t bet against the grey-haired guy and some divine intervention on Saturday.