No horse deserved to break a run of outs more than Ginger Baker at Ascot on Saturday.

The Gingerbread Man gelding saluted the judge for the first time since July 2021 when he toughed out a narrow victory over Sketta (Thorn Dancer) in the Crown Perth Hcp (1600m).  “He’s been unlucky and should have won at least one race this season,” said a relieved trainer Vern Brockman.  “He’s so honest and hasn’t been further back than fifth in seven starts this campaign.

“He’s not a big horse but had to carry 60kg today and Brad (Parnham) rode him to perfection.  He’s been up for a long time but was bucking and jumping around his yard this morning.  I will give him one more start before a spell – I can’t put him out after that win.” 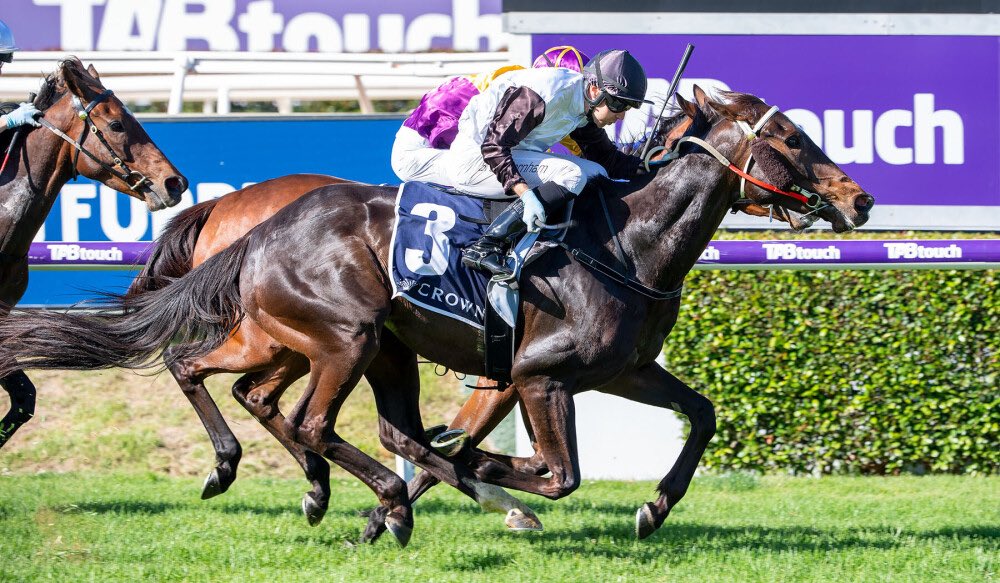 Brockman, 80, is widely-respected and affectionately-known as the ‘Earl Of Vasse’ after a career highlighted by two Perth trainers’ premierships and two Group 1 Railway Stakes (1600m) victories with Alpine Wind (1977) and Old Fashion (2002).

He has more than paid his way earning over $192,000 for Misty Valley Thoroughbreds owner-breeder Tony Patrizi who wasn’t as stressed as Brockman before the breakthrough on Saturday.  He had already bred a winner earlier at the Ascot meeting when Stellar Vista was successful in the Magic Millions Plate (1400m)

Stellar Vista (Star Witness) was sold for $80,000 through the Misty Valley consignment at the 2019 Perth Magic Millions.  She was purchased by trainer Simon Miller for a syndicate managed by Des Carvell and races in the same colours as $1.46 million earner Valour Road (Frost Giant).

The Ascot win completed a hat-trick and her future as a broodmare is already signed and sealed with a pedigree highlighted by third-dam Prima (Marscay) who is a half-sister to Zabeel.

Meanwhile, Gingerbread Man’s star sprinter Red Can Man trounced an Albany trial field by 8 lengths over 1000m last Friday.  Trainer Steve Wolfe reported it was a strong work-out under Natasha Faithfull ahead of a likely return to racing in the G3 Colonel Reeves Stakes (1200m) at Ascot on Saturday.