Dawson’s point of difference in Perth

The extended countdown to Perth’s Magic Millions Sale means vendors get another chance to upgrade their consignments during the LR Detonator Stakes program at Ascot on Saturday.

Magic Millions has catalogued 338 Lots over two sessions in the Swan Valley next Tuesday and Wednesday.

Since the catalogue was released, an Ascot or Belmont meeting hasn’t gone by without at least one winning update and it was Dawson Stud’s turn last weekend.  The Myalup nursery filled out the feature-race quinella when This’ll Testa (Testa Rossa) defeated Kissonallforcheeks (Written Tycoon) in the LR Cyril Flower Stakes (1200m).

Hard to imagine it took This’ll Testa 19 starts to claim her first black-type.  She was going to be anything after blitzing her first two by a combined 12 lengths in December 2019.  It’s also hard to believe it took her trainer Mitch Pateman just 19 days to lead-in his first black-type winner since taking out a full-time license on the Australia Day long weekend.

Dawson Stud’s Graham Daws bred and sold This’ll Testa for $52,000 at the 2017 Perth Magic Millions.  He did the same with Kissonallforcheeks but via a different route to the 2019 Gold Coast Magic Millions where she made $120,000 through Newhaven Park.

“It was a great result and it never hurts getting them just before the Sale,” Dawson Stud manager Milkis Lutchmun said.  “Mitch gives This’ll Testa priority care and the stable change has helped improve her attitude.”

Kissonallforcheeks shouldered 60.5kg and did extra well to finish second considering she was coming back to 1200m from Group 1 placings in the Kingston Town Classic (1800m) and Railway Stakes (1600m).

She was giving her nearest rival 4.5kg and that’s fast-tracked plans for a trip to Sydney.  Her versatility ensures there will be several options for trainer Dan Morton at The Championships.

Dawson Stud has been an ever-present on vendor leader-boards at the Perth Magic Millions over the years.  Following the recent withdrawal of the Nicconi colt (Lot 67), there are 15 set to parade next week.

Lutchmun hails from Mauritius and was appointed Dawson manager by Daws in 2020 when Peter Dowdell left to help launch Off The Track WA at North Dandalup.  Armed with a horse background and an aerospace engineering degree, Milkis combines a common-sense preparation with a scientific approach to get the best out of every yearling.

“Graham is meticulous and his knowledge and experience is second to none,” Lutchmun said.  “He trusts us to get it right and isn’t afraid to get his hands dirty when we’re busy.”

Dawson Stud’s first two colts to parade at the Perth Magic Millions are being offered as agent for Anita Vale breeders Robert and Anne Anderson starting with the Sessions colt (Lot 31).  “He handles the work-load and then heads to the feed-bin,” Lutchmun explained.  “He’s an amazing colt, compact, well put-together and won’t disappoint.”

Graham Daws has five colts and four fillies of his own kicking off with the Oratorio colt (Lot 51) from a half-sister Moccasin Bend (G2 WA Guineas).  “He’s maturing into a big, muscular horse with strong bone density,” Lutchmun added.  “He’s a pleasure to watch lunging.  He’s concentrating but it looks effortless.”

The Lean Mean Machine – Charity Belle filly (Lot 102) is the best walker of the 15 going through their paces.  “She’s a bright, big-framed, naturally loose filly with the right temperament and takes everything you throw her way.”

Dawson, as agent for Jason Cheetham (Goldlight Nominees), offers a colt by Smart Missile (Lot 133) in Book I at the Swan Valley Sale.

Goldlight Nominees retained Lipstick Flickers (Murtajill) and the mare scored a career-high victory in the WA Pearl Classic (1300m) at Pinjarra on Magic Millions Day for a syndicate managed by Cheetham.

His Smart Missile already tips the scales at 467kg.  The Vaughn Sigley-prepared Ascot Stakes winner Missile Launch is a Smart Missile and he’s one of the biggest horses in training in WA.

“This colt is a beautiful mover and he keeps surprising me,” Lutchmun continued.  “The first four to six weeks of our program is spent building muscle on an individual basis.  Then we walk and lunge them before gradually building up to short, sharp work-outs to monitor their reaction.

“We keep a close eye on their action and breathing and the Smart Missile has the best recovery rate of them all.”

That’s the point of difference at Dawson.  Like all of their yearlings, he will arrive at the Magic Millions halfway to being broken-in. 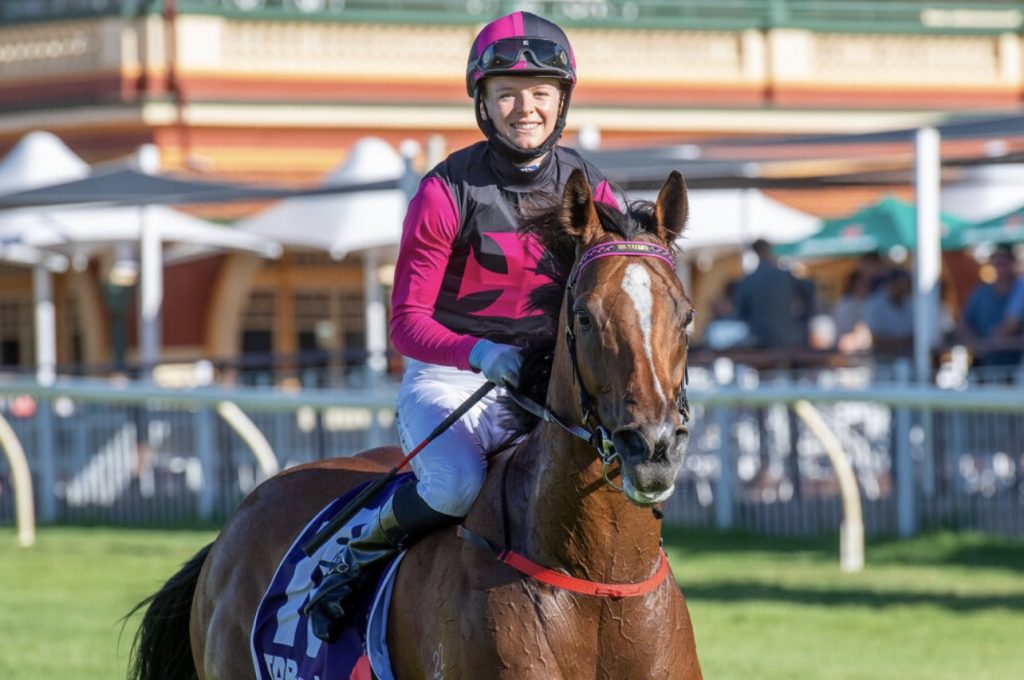