Mama Tembu launched a city treble for Blackfriars with a very impressive debut win in the Morley Growers Market Maiden (1200m) at Belmont on Wednesday.

The Summer Dickson-trained filly descended from the back-half of the field with a centre-track sprint to overhaul Cywer (Trade Fair) close to the post.  She had been placed behind subsequent Pinjarra winner Shake Baby Shake (Foxwedge) in a Lark Hill trial last November before a short holiday break

Mama Tembu is a homebred for Mark Fortune and will get over ground being a younger half-sister to last year’s LR South West Autumn Cup (2220m) winner Bella’s Idol (Vital Equine).  He is also prepared by Dickson on the beach at Port Kennedy.

“Mama Tembu has always shown a lot of promise,” Dickson told RWWA.  “She is a beautiful mover and I was pretty happy with the way she finished off today.

“Steven (Parnham) rode her an absolute treat,” Dickson added.  “I told him to give her some encouragement out of the barriers and then drop back and keep her happy.  He kept her off the fence and gave her 200m to get going with that nice turn of foot in the straight.

“I know I can get her fit for the WA Oaks even though it might be a little bit rushed.”

Mama Tembu helped Blackfriars break through $2million in progeny earnings this season.  Henchard made it a double for the Scenic Lodge legend at Belmont and Tena Koutou added another at Ascot on Saturday. 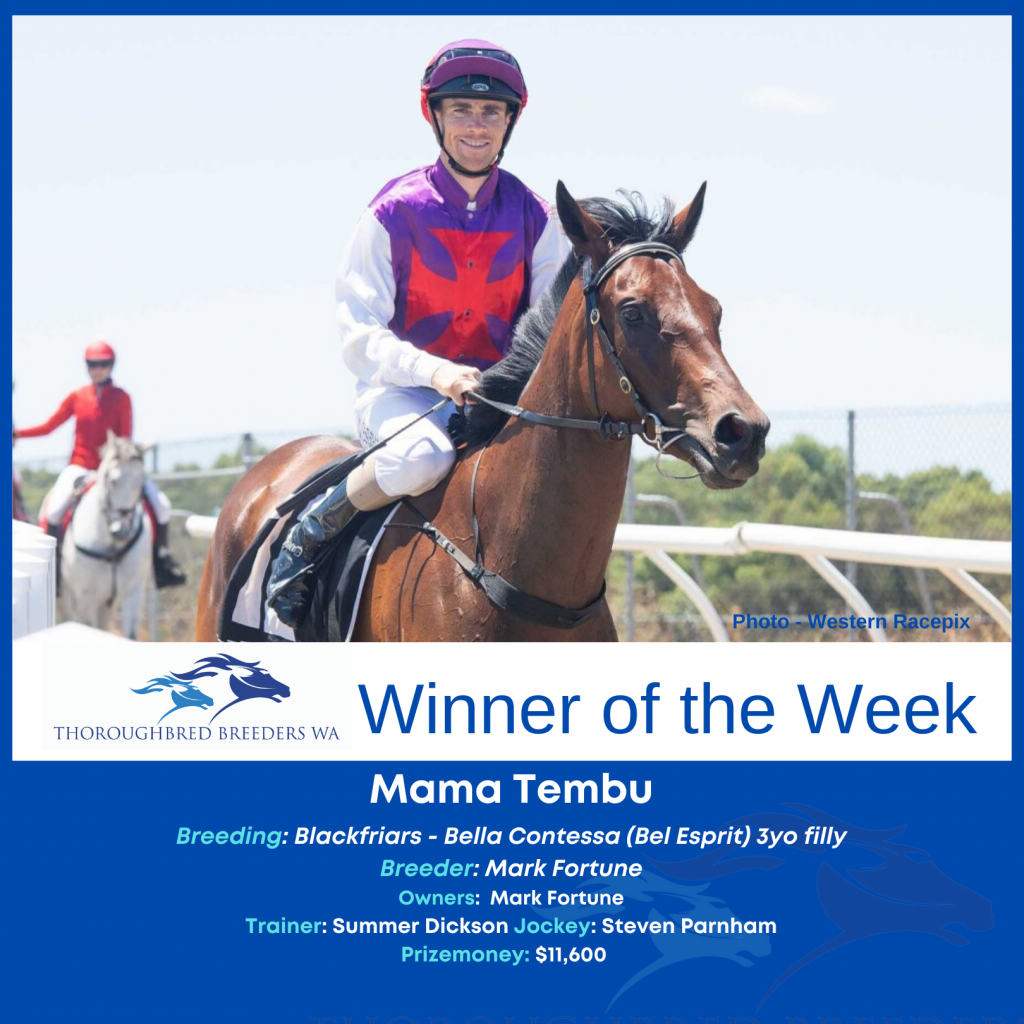