Fiorucci Mama had slipped under the guard of buyers as a foal and she did the same to punters in the Magic Millions Plate (1000m) on Saturday.

The Rommel filly eased from $9 out to $13 but belied that drift with a determined, front-running victory under Willie Pike.  It was the Wizard’s final day in the saddle in Perth before an enforced move to Sydney.

Fiorucci Mama was bred by Woodbridge Thoroughbreds owner Ian Riley and was purchased by Pearce Racing for just $10,000 as a weanling at 2020 Perth Magic Millions Winter Sale.

She continued the great start to the year for trainers Dan & Ben Pearce who have produced 10 winners from their past 30 runners!  “Fiorucci Mama is a lovely filly and that was a dominant win on debut,” Pearce Racing said.  “Congratulations to our connections, thanks to Pikey for the ride and a big well-done to our wonderful staff.”

Mogumber Stud’s Champion stallion Rommel sired her from Agribiz (Key Business) who is a half-sister to LR Burgess Queen Stakes winner Point Of No Return (Zedrich).  The Bullsbrook nursery will offer her Oratorio half-brother on behalf of Riley as Lot 250 at the Perth Magic Millions.

Agribiz won three races under the care of David Harrison and she has already foaled Oratorio colt Colourful Charade who was placed in the 2017 RL Magic Millions WA 2YO Classic behind Lucy Mae and Achernar Star. 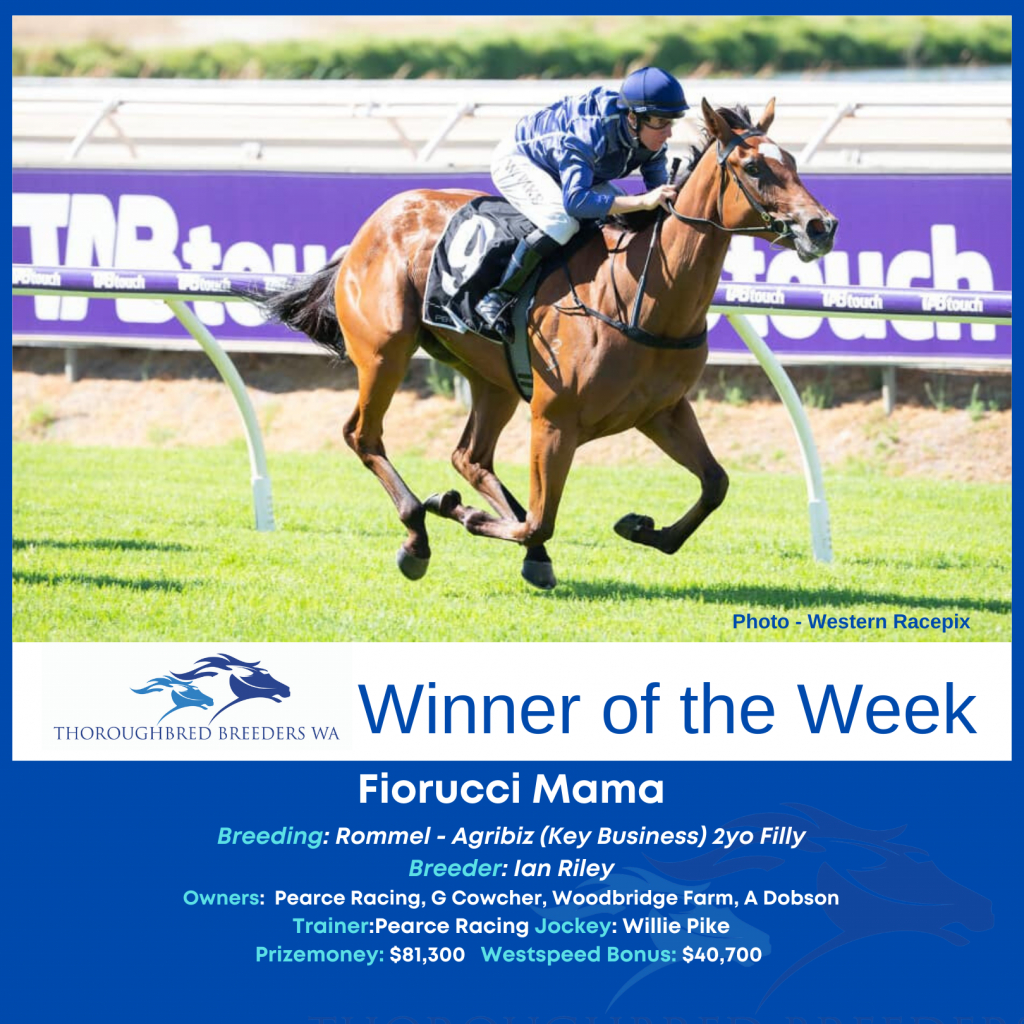