Our Norman – TBWA Winner of the Week

Port Kennedy trainer Chris Willis has found the key to Our Norman and that’s unlocked the gelding’s potential with three wins in his last six starts.

Our Norman won a Pinjarra maiden in December and followed up with an Ascot victory last month before landing the TABtouch Hcp (2000m) back at Pinjarra on Sunday.  He had failed to salute in the Goldfields before switching stables earlier this season.

Our Norman is a homebred for Bellbridge Park’s Siobhan Campbell after being passed-in at the 2019 Perth Magic Millions.  “I was lucky enough to be down at the stud when they were looking for someone after he came down from Kal,” Willis said.  “He’s a nice horse and went good up there early on before going off.

“The further he goes and the stronger the tempo, all the better.  Troy (Turner) reckons he’s a genuine stayer.  We don’t gallop him between starts.  It’s mainly pacework and he never leaves an oat.  But he does tend to lighten off so we may give him a let-up.”

Bellbridge Park has a Universal Ruler half-sister to Our Norman entered as Lot 293 for the Perth Magic Millions Yearling Sale.  Their dam Enshrined (Fusaichi Pegasus) won 8 races in the North-West and second-dam Great Tradition (Rock Of Gibraltar) is a three-quarter sister to Blackfriars. 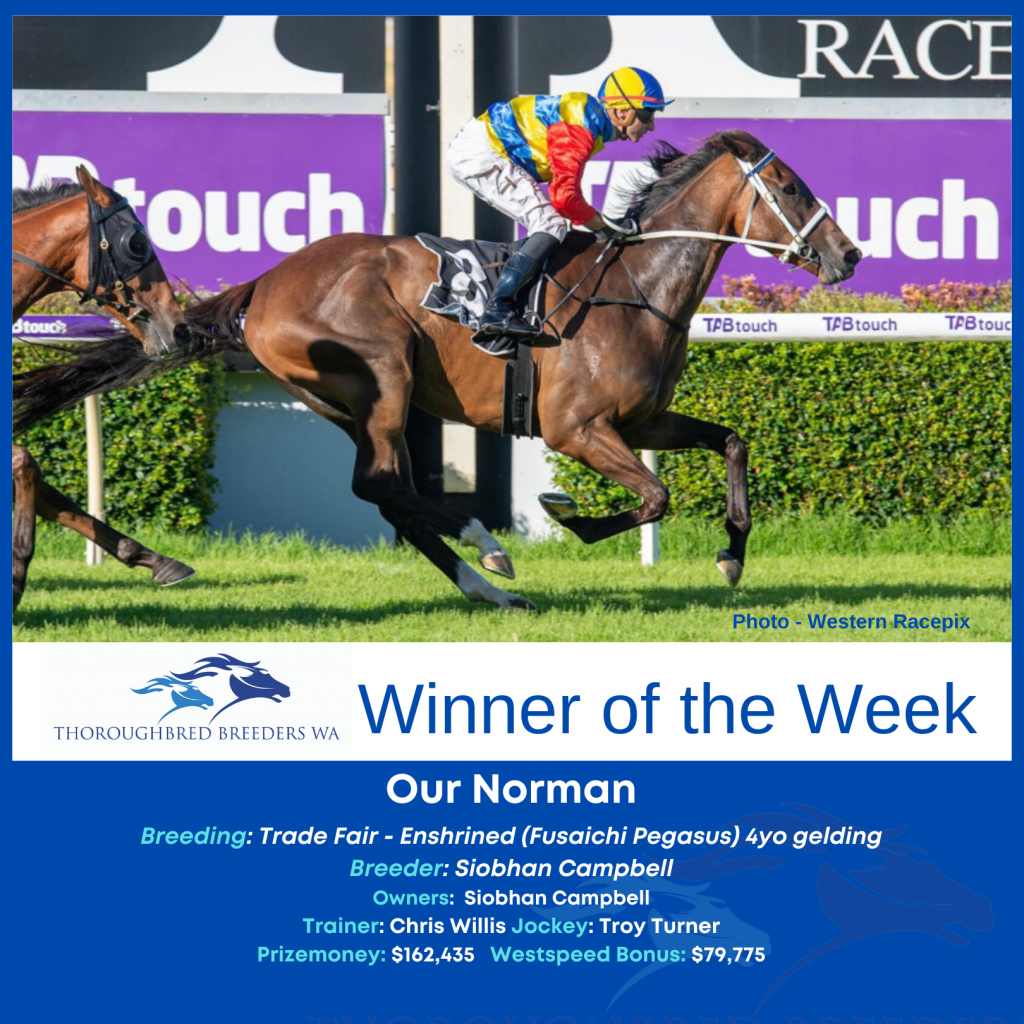