Promising stayer Alaskan God has completed an Ascot hat-trick in the LR Melvista Stakes (2200m) to ensure he will go out a firm favourite for next month’s WA Derby.

The Dan Morton-trained son of Playing God had won a Pinjarra maiden in February prior to a three-timer in as many weeks this month.  Settling in the second-half of the field on Saturday, he improved out wide into the straight before levelling with the leading division and then powering clear for a decisive victory over Trix Of The Trade (Trade Fair) and Outspoken Lad (Awesome Rock). 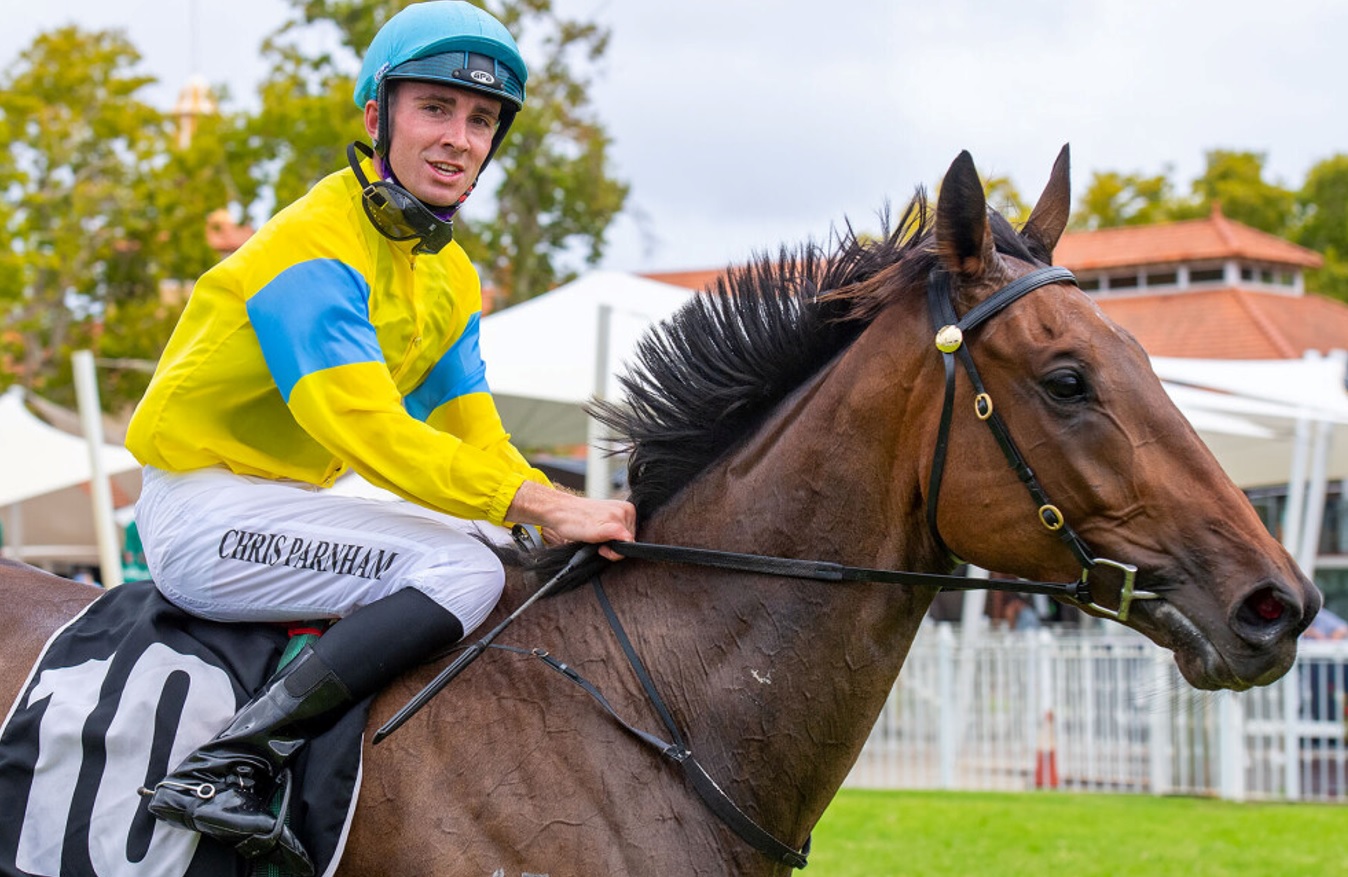 “This was his toughest test to date and he’s come through with flying colours,” jockey Craig Parnham said.  “Not everything went right today.  The tempo came off a couple of times in the run and he got a bit keen, but now he’s had that run over a trip that should hold him in good stead for the Derby.”

Stable foreman Vinnie Collica stood in for Morton who is interstate with Kissonallforcheeks and he rated the win as easily a career-best for Alaskan God.  “Last start he was incredible but this is even better.  He was travelling on the bridle and then just exploded.”

“Dan will be on the phone every day to make sure everything is going according to plan,” Collica said.  “He’s done all the groundwork so we will probably only give him one serious gallop in the next fortnight.

“Dan also asked me to mention the team at home and especially Sarah Bonner who has been doing all the work with Alaskan God behind the scenes.  She keeps him relaxed and rates him perfectly in the mornings.”

Alaskan God becomes the 7th Stakes winner for Playing God who stands at Darling View Thoroughbreds.  He changed hands for $90,000 at the 2020 Perth Magic Millions Yearling Sale when offered by Mungrup Stud.

His dam Lady Alaska (Reset) was subsequently sold to Graham Cox for $7,000 at the 2020 Mungrup Stud Dispersal and she continues to be covered by Playing God.  Their yearling colt was an $80,000 buy for Santo Guagliardo at the 2022 Perth Magic Millions and the mare foaled a filly in August.