The champion conditioner had prepared War Chant’s consistent mare Express Time to her fourth win this year in the Ausmic Pest Control Hcp (1100m) on Saturday.

Wunderkind led home a Gingerbread Man quinella with a last-stride victory over Keeper Sweet to give stable apprentice Luke Campbell his first win in town.  “She’s my favourite.  I always give her a cuddle in the morning,” Campbell said.  “She has been knocking on the door and was super today.”

Wunderkind is one of six winners from Flying Angel (Flying Spur) who iced a Belmont 3yo maiden on debut for Parnham in a limited career.  She has foaled a half-dozen winners and four of them have been by Yarradale stallions – Gingerbread Man, City Place (USA), Musket and Frost Giant (USA).

Yarradale owner Ron Sayers is in the Wunderkind partnership with Parnham and his wife Carol. 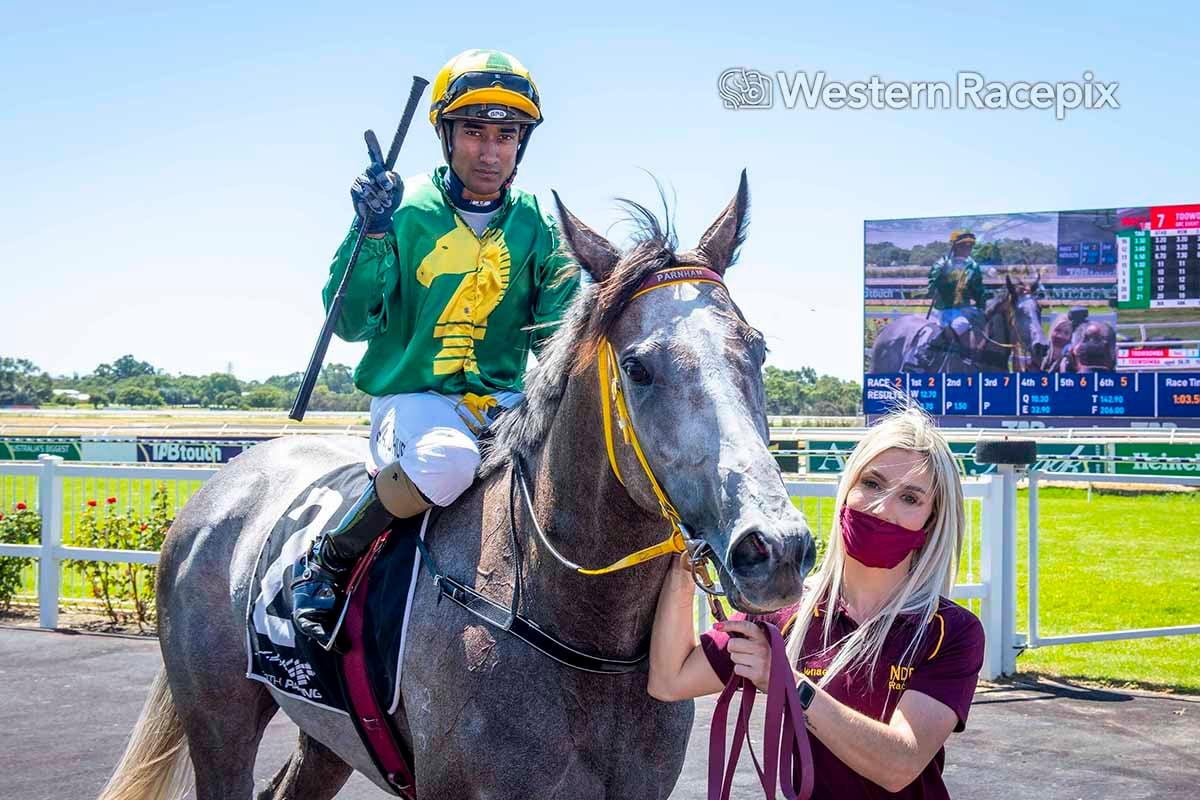 Express Time (Photo: Western Racepix) also produced a potent finish to win on Saturday albeit several classes above a midweeker.

She gave Snip The Knife (Snippetson) three lengths at the furlong and nailed him late under a well-timed ride by apprentice Keshaw Dhurun.

The War Chant (USA) mare races for a syndicate that includes the Parnhams, Sayers, Bob Pearson and Santo Guagliardo.

“I’m pleased the way things have turned out,” Parnham said after a fourth win in her last five outings.  “I’ve always had a good opinion of her but early doors she had knee problems and was hard to hold.  But she’s matured and did another good job today.

“Lucky (Ramoly) rode her work this week and said she’s getting better and better and would be hard to beat today.  She spends a lot of time at the farm and prefers the heavy sand up there instead of the track.”

War Chant sired Express Time from Even Astar (Kendel Star) who was a Listed winner of the Belgravia Stakes and Burgess Queen Stakes in 2010.  Her 2yo War Chant filly Star Power finished fourth behind Rathmine Lady (Zebedee) at Ascot on Wednesday and her latest foal is a filly by Playing God.