Promising 2yo filly She’s Greysful is on track for a return to racing following an eye-catching gallop at Lark Hill on Tuesday morning.

The grey daughter of Geisel Park sire Vert de Grece (Ire) won a 400m trial by more than three lengths under a hold from Steven Parnham.  Racing down the centre of the track, she clocked 24.12s to space My Bella Mae (Deep Field) and Stormy Tawny (Oratorio). 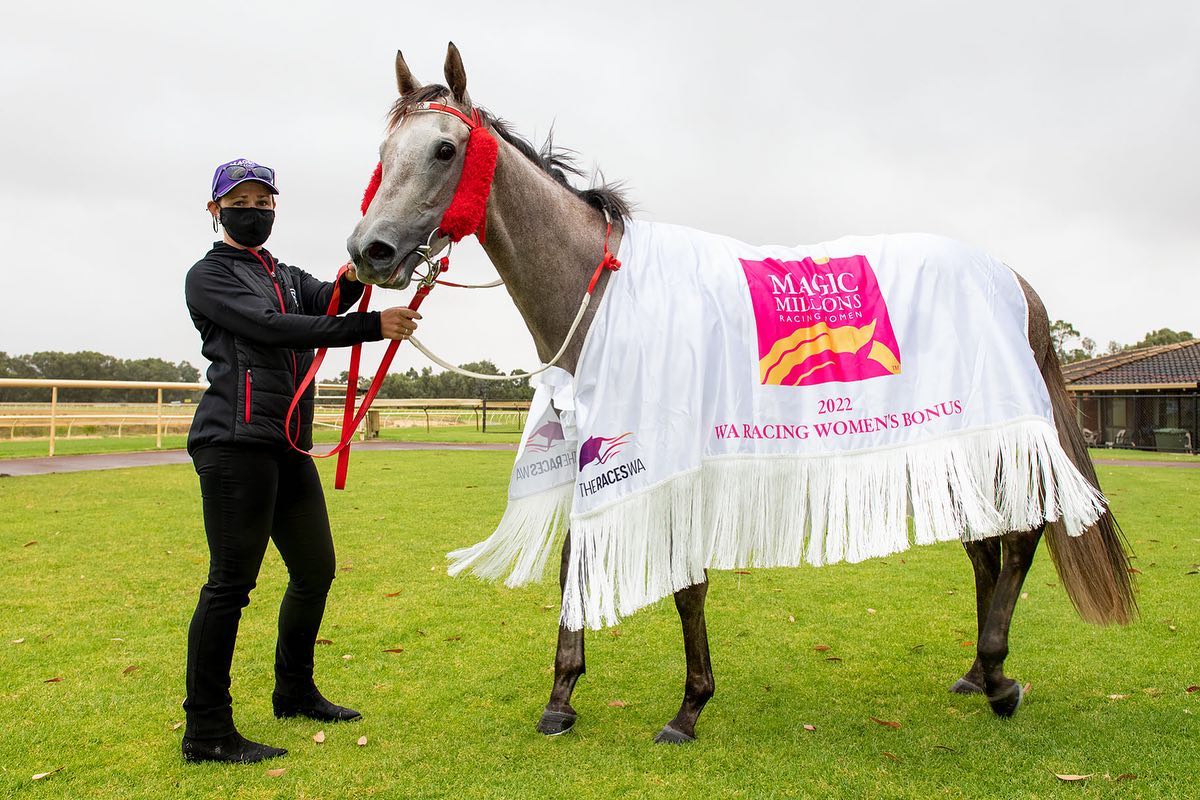 She was hailed the winner before Sheeza Belter swooped late to reverse the result of their previous meeting at Ascot.

“Our girl ‘Stormy’ has come through yesterday’s trial really well,” trainer Hayden Ballantyne.  “We will target the Group 3 Gimcrack Stakes on Saturday week.”

Rolly Jasper of Positive Step Equine Therapy gave her a thorough check and massage on Wednesday morning and he also reported she pulled up extremely well.

A syndicate of 55 women bought her for $25,000 from Western Breeders Alliance at the 2021 Perth Magic Millions.  She was bred by John Cunniffe and is the final foal of Sheez Our Holly (Zedrich) who’s closest black-type was removed three generations.

“It’s very exciting for all the ladies,”  Ballantyne said.  “And we hope to have as much fun with the striking Dissident – Across The Moon colt they bought for $60,000 this year.”

Vert de Grece 3yo Green And Shady is also gearing up for his next prep with trainer Luke Fernie.  He won a Goldfields maiden on the Kalgoorlie Cup undercard in October and was then runner-up to subsequent LR Burgess Queen Stakes winner Buzzoom at Ascot.

Green And Shady is a Geisel Park homebred and is the penultimate foal of Darkling (Encosta De Lago).  Her 2yo is an All American colt with Fernie’s father Peter.