Yarradale Stud’s successful run continued on Thursday with four of the first five winners at Pinjarra.

The Gidgegannup farm doubled up at Ascot earlier this week with stablemates Express Time (War Chant) and Wunderkind (Gingerbread Man) before an amazing sequence of 3yo maiden winners yesterday.

Vital Gem cost Hopelands-based Eddie and David Philp just $1,500 as a weanling at the 2019 Perth Magic Millions Winter Sale.  He’s the final foal of USA-bred Stakes-winner Spotless Mind (Catienus) who was purchased for $32,500 by Belmont Bloodstock as agent for Yarradale at the 2012 Magic Millions National Sale on the Gold Coast.

War Hymn (3f Gingerbread Man – War Tune by War Chant) was nursed in front by Pat Carberry and then kicked away for a cosy win in the Bunbury Apartment Motel Maiden (1300m).  She is from a half-sister to Ihtsahymn (G1 Kingston Town Classic) and Jestatune (LR Gimcrack Stakes) and cost Simon Miller $30,000 from Yarradale at the 2020 Perth Magic Millions.

Harvey’s Angel (3f War Chant – Clarecastle by Tribu) took 8 starts to greet the judge for trainer Paul Jordan.   She is a half-sister to a half-dozen winning sprinters but staying is her forte as evidenced in the Hygain Maiden (2300m).

She was bailed up on the corner before Craig Staples sent her through a gap one off the fence to score by over a length from Allegiance (Blackfriars).  The Mogumber Park-bred filly wasn’t offered at the Magic Millions and races for a syndicate managed by Jordan’s wife Laura.

City Regal (3g City Place – Regal Miss by Umatilla) completed the Yarradale quaddie in the Electrical Consultancy WA Maiden (1000m).  Settling adjacent to the outside rail down the straight, he took the lead linking up with the course proper and responded when challenged for a resounding win under Paul Harvey.

Trainer David Harrison bought City Regal as weanling for $500 from Yarradale at the 2019 Perth Magic Millions Winter Sale.  He’s the final foal of a mare who won five races at the provincials for Pearce Racing. 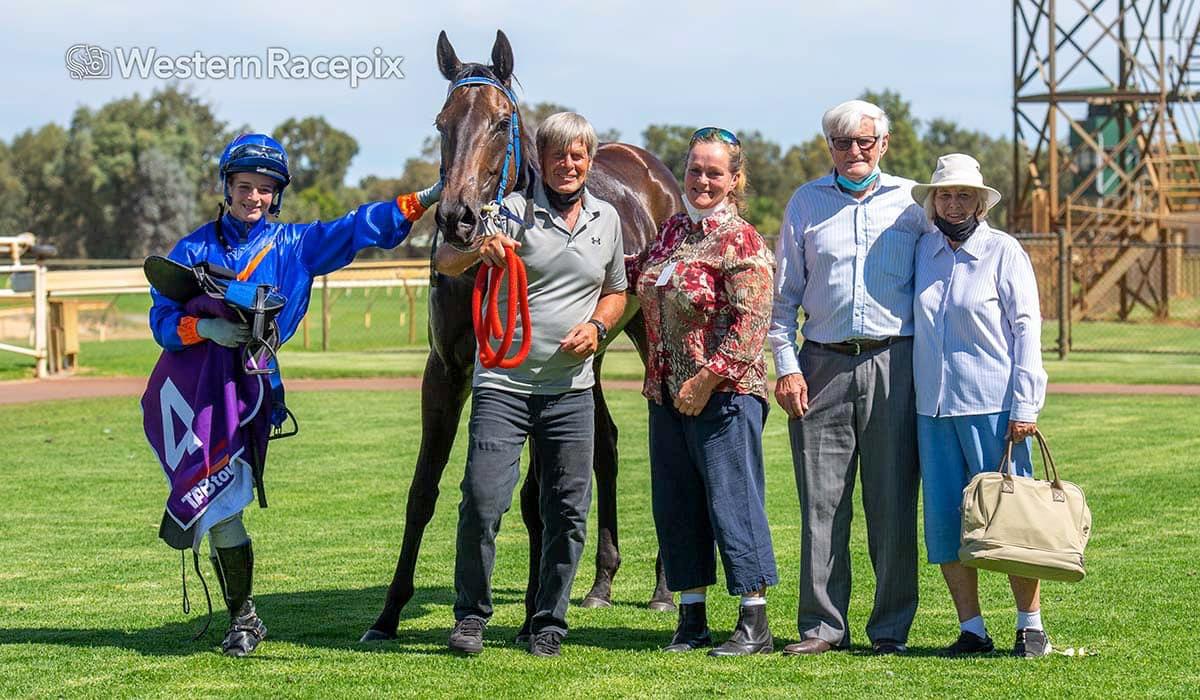