Farm-fresh the difference for Downforce

Downforce could be forgiven for thinking he’s been on a carousel this season but that didn’t stop him chiming in to win again on Easter Saturday.

The Snippetson sprinter-miler (Photo: Western Racepix) has raced 18 times since the start of the season and Laqdar Ramoly has been the pilot in his last four victories at Ascot.  The claiming apprentice made a tactical switch to go forward in the Andrich Cousins Raceday Hcp (1600m) and his initiative impressed trainer Neville Parnham. 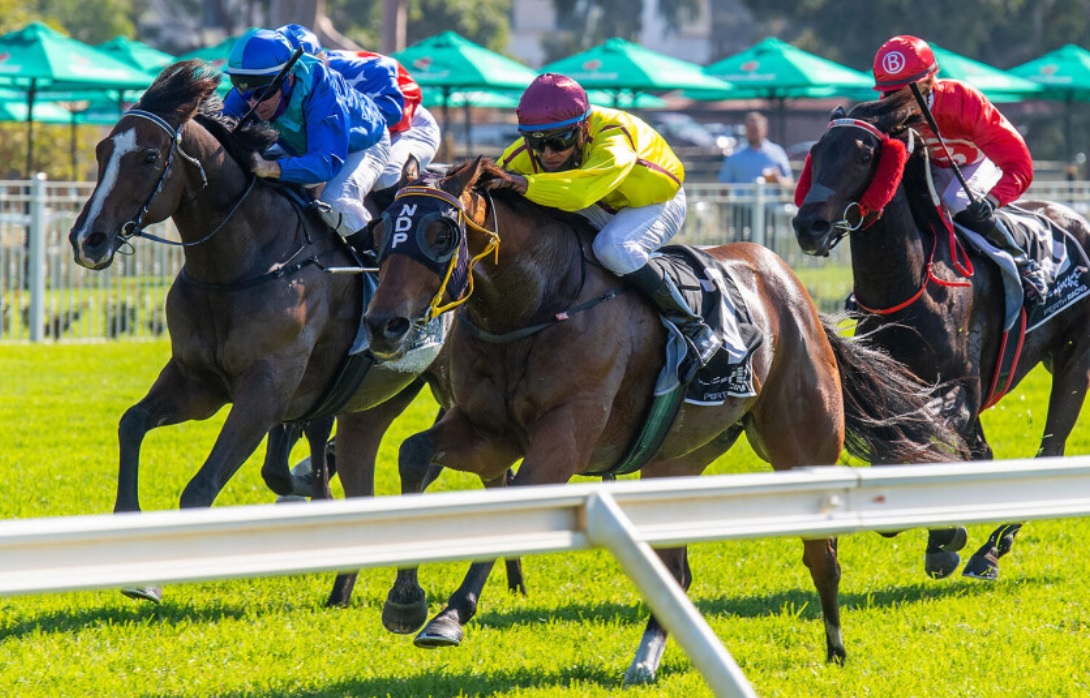 “At first, I thought he may have settled too close to the lead but Laqdar is a quality rider and he summed up the situation.  He’s just like a senior and will keep getting rides even without a claim.”

Downforce (5g Snippetson – Fiorentina by Dubai Destination) was bred by Amelia Park and is a half-brother to Group 1 winner Silent Sedition (War Chant).  He was sold through Berkeley Park (as agent) for $100,000 at the 2018 Gold Coast Magic Millions to a partnership consisting of Parnham and his wife Carol, Yarradale Stud and Bob Pearson.

“It was a solid win and we may get one more run out of him at Ascot,” Parnham added.  “He spends plenty of time between starts at our farm and he really enjoys it up there.  They do a great job keeping him fresh and he’s a happy horse.

“We space his runs and he doesn’t like wet tracks so he will go for a good break over the winter months.”

Snippetson stands at Scenic Lodge and the Muchea nursery doubled up at Ascot on Saturday with veteran galloper Kia Ora Star.  He’s a son of the Stud’s legendary sire Blackfriars and his most recent win had been in the $100,000 Fitzpatrick Plate at Albany in February.

Kia Ora Star has banked over $300,000 in career that began with a maiden win on debut at Belmont way back in September 2017.  Bred by Scenic Lodge from LR Belmont Oaks winner Kia Ora Miss (Jeune), he sold for $25,000 at the 2015 Perth Magic Millions to a syndicate managed by Aaron Chircop.

His older brother Kia Ora Koutou earned a Group 1 placing with third in the 2015 Victoria Derby but went amiss after finishing an unplaced favourite in the 2016 Perth Cup.