War Chant in the Mood at Ascot

Yarradale Stud sire War Chant (USA) and apprentice Keshaw Dhurun were in a winning mood at Ascot on Saturday when they combined to land a double with Express Time and Mood Swings.

Mood Swings helped Dhurun celebrate 100 career wins when he scored a barrier-to box victory in the Amelia Park Hcp (1200m).  “He’s been up for a while but this is his best trip and we were confident,” trainer George Dupre said.  “I thought something else would lead until he crossed them from the wide gate.” 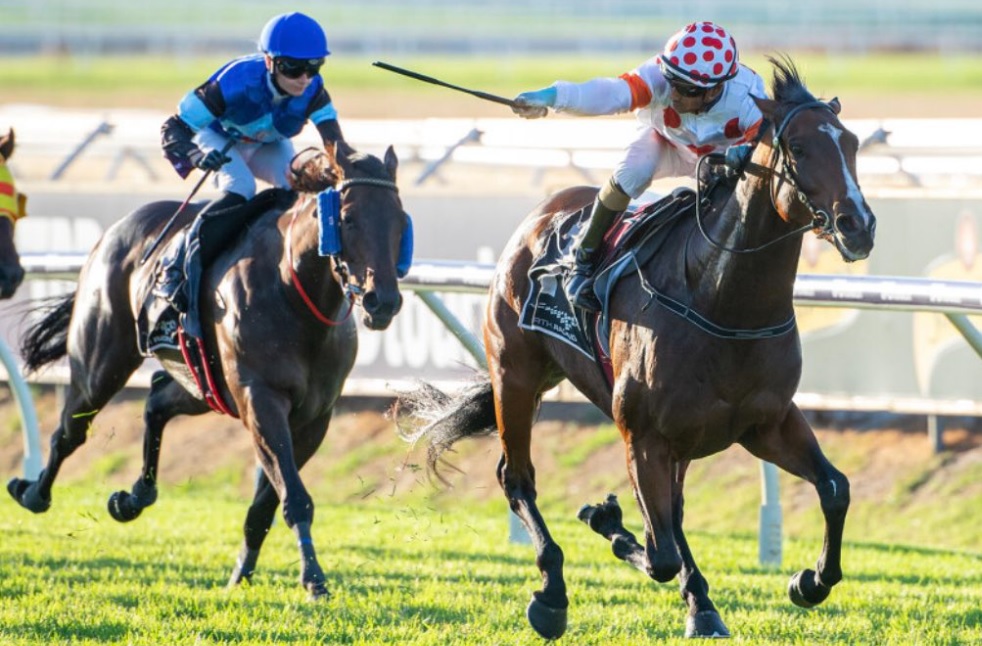 Dhurun controlled the race to bring up his century.  “He jumped good and got the lead when some of the others closer in grabbed a hold.  He was travelling easily off an even tempo and I went for it on the corner.”

Mood Swings (Photo: Western Racepix) was bred by Yarradale Stud in partnership with Waldeck Farms.  He took time to furnish and was held over as a yearling until the 2018 Perth Winter Sale when Dupre bought him for $7,000 on behalf of owner Barry Evans.

His pedigree is loaded with black-type going back to feature winners Hardrada (G1 Railway Stakes) and Ranger (G2 Lee-Steere Stakes) plus Lawmaker and Edge Of Darkness who both won LR Kalgoorlie Cups.

Express Time is renowned for her winning attitude and that was evident when she landed the Bill Prins Hcp (1000m) from Ziebell (Nicconi) and Chantorque (War Chant).  “She carried top-weight less the claim from Kesh and sat three-wide the trip,” trainer Neville Parnham said.  “She tries so hard and it’s a thrill to see her in the zone.”

Express Time has won 6 of her last 9 starts and has gone up 20 ratings points since the start of her current campaign.  She is a homebred for Yarradale’s Ron Sayers who races her in partnership with Santo Guagliardo, Bob Pearson and Carol Parnham.

The grey mare is rising six and will eventually be a valuable acquisition to the Yarradale breeding program being a daughter of Even Astar (Kendel Star) who was a Listed winner of the Belgravia Stakes and Burgess Queen Stakes in 2010.