Playing God sired his third new Stakes winner in a fortnight when Bruce Almighty snatched victory from the jaws of defeat in the LR Old Comrade Stakes (1600m) at Ascot.

Bruce Almighty sat on the pace off a moderate tempo and was sooled to the front at the top of the straight only to be headed by Son Of Bacchus and Dom To Shoot at the furlong.  Leading local jockey Chris Parnham sat down and got to work with a robust left-handed ride to get him home in a busy finish. 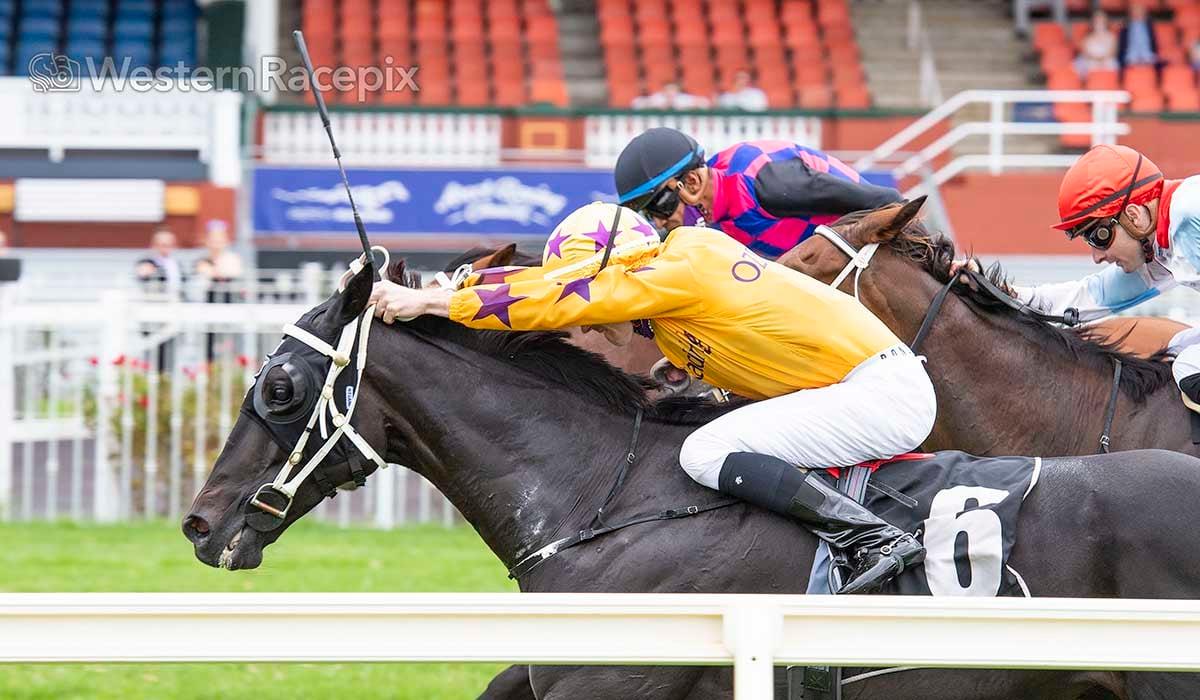 “He’s getting and better every prep,” trainer Neville Parnham said on Saturday.  “I knew he would be in the for the fight and he produced that little bit extra to rally at the finish.”

Bruce Almighty (Photo: Western Racepix) is the final named foal of G3 SA Sires’ Produce Stakes winner Isanami (Tayasu Tsuyoshi).  He was bred by Mungrup Stud and has been a consistent money-spinner for an Oz Racing syndicate winning 7 races and $370,520 in prizemoney.

“The Playing Gods are winning everything,” he declared.  “I didn’t think Bruce Almighty would get to this level but he’s honest and tries so hard.”

There’s another new black-type prospect in the pipeline with his winning 2yo debutant Swear To God being set for the G3 WA Sires’ Produce Stakes (1400m) at Ascot on April 16.